Chad Mason destroyed a nativity scene and attempted to steal a vehicle as he tried to escape from angry onlookers, police say 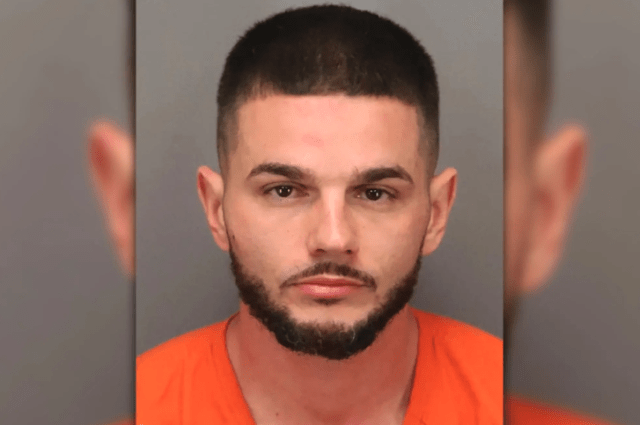 CLEARWATER, Fla. – A deranged Florida man was arrested after he had public sex with a dog in front of horrified families, and then destroyed a church nativity scene and attempted to steal a vehicle in his haste to flee from angry onlookers, according to law enforcement authorities.

Chad Mason, 36, of Orlando, reportedly began his disturbing crime spree while walking a friend’s goldendoodle about 4:30 p.m. on Sunday in a quiet neighborhood, police said.

“He was seen having sex with a dog in the 2600 block of McMullen Booth Road. When he was confronted by someone at the apartment complex there, he ran from the scene and began to wreak havoc in the surrounding area. He entered Northwood Presbyterian Church and knocked over a nativity display and broke several potted plants, before fleeing into an adjacent neighborhood. That’s where he destroyed a mailbox and attempted to steal a car.

According to Fox 13, a child was among the many spectators to witness Mason’s “lewd” behavior. Clearwater police received calls from “several” onlookers before taking him into custody.

The suspect’s actions resulted in an estimated $400 in damages to the church, according to officials, Fox News reported.

Mason was booked at the Pinellas County Jail where he posted bond. He will appear in court later this month.