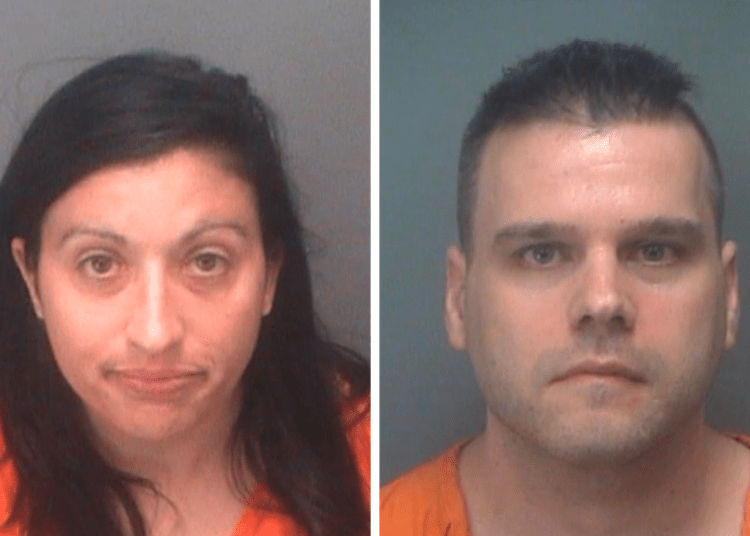 PINELLAS COUNTY, Fla. – A Florida man and woman were arrested after filming sex acts with a dog. The woman is accused of performing the indecencies while her ex-boyfriend recorded the activity, according to law enforcement authorities.

Christina Calello, 36, and Geoffrey Springer, 39, were identified as the suspects. Calello “willingly engaged in sexual activity with the dog on multiple occasions over a span of approximately eight years.” Springer, the woman’s former lover, recorded the encounters and placed video on a hard drive, according to the Pinellas County Sheriff’s Office.

The nature of the ongoing sexual activity was not disclosed by the sheriff’s department. Deputies took the uninjured dog to an animal hospital for a routine examination, the New York Post reported.

It was unclear how authorities became aware of the crimes, although Calello had a prior arrest in May for domestic battery.

Calello and Springer were booked at the the Pinellas County Jail and charged with sexual activity involving animals.

Springer was released on his own recognizance. Calello was released after posting a $5,000 bond, according to county jail records.