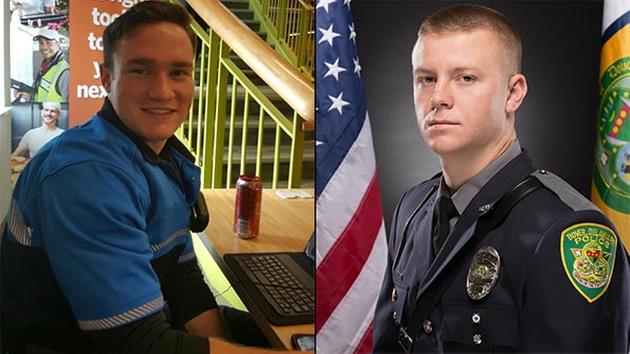 Two members of the Dover (DE) Police Department have died after an early morning crash.

They are identified as 23-year-old Patrolman Robert DaFonte, a two-year-veteran of the Dover Police Department, and 22-year-old Cadet James Watts, a six-month member of the Special Enforcement Cadet Unit.

“It is with great sadness and a heavy heart that we announce the tragic loss of two members of the Dover Police Department family. Officer Robert DaFonte and Cadet James Watts were outstanding employees and were committed to serving the citizens of Dover. As we mourn the loss of our fellow officer and cadet, we ask the community to keep their families and the members of the Dover Police Department in your thoughts,” Deputy Chief Marvin Mailey said in a statement.

Both were off-duty at the time.

DaFonte was driving a 2016 Jeep Wrangler and approached a sharp right curve when the Jeep went off road and struck a utility pole with the driver’s side door.

The investigation indicates that DaFonte was wearing a seatbelt, but Watts was not.

Share and speak up for justice, law & order...
Tags: delawareEVOCNews