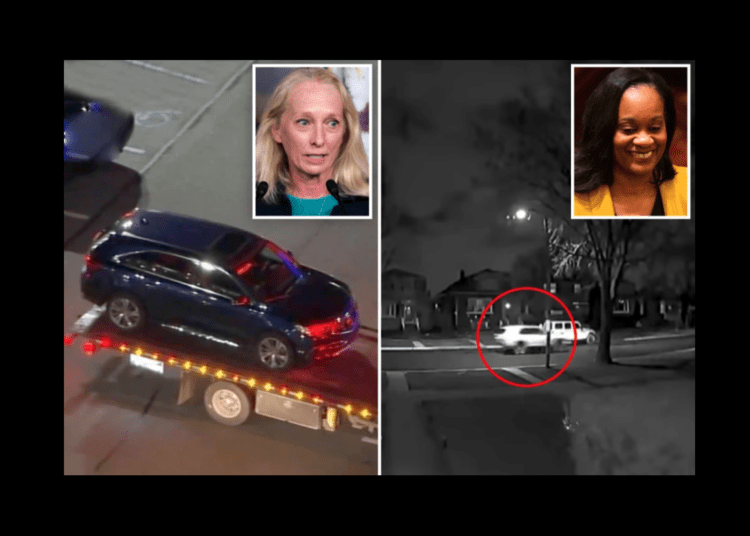 Two Democrats who have undermined law enforcement and supported police reform in Chicago and Philadelphia were each victimized by violent crime as they were carjacked at gunpoint within 24 hours of each other.

Chicago police said “multiple gunshots” were fired during the carjcaking involving Lightford and her husband, but they were not injured as three masked suspects made off with their black Mercedes on Tuesday about 9:45 p.m.

Scanlon was carjacked by two armed suspects as she returned to her blue Acura MDX about 2:45 p.m. Wednesday in Philadelphia.

Both politicians have publicly spoken out against police in the aftermath of George Floyd’s death in their efforts to impact the way law enforcement officers conduct business.

Lightford and Scanlon each co-sponsored bills in their respective offices that called for mental health specialists to be dispatched instead of police to some incidents, according to the Post.

“We have seen too many lives taken and communities devastated by police brutality and racial profiling,” Scanlon tweeted after Floyd’s death. “Action is long overdue. @HouseDemocrats are fighting for REAL reform in our country’s police departments. #JusticeInPolicing.”

Scanlon’s Acura was found at a shopping center in Newark, Delaware, around 9 p.m. on Wednesday. Five people inside the vehicle were taken into custody, Delaware State Police said, according to NBC News.

The suspects were not immediately identified and the investigation is ongoing, police said.