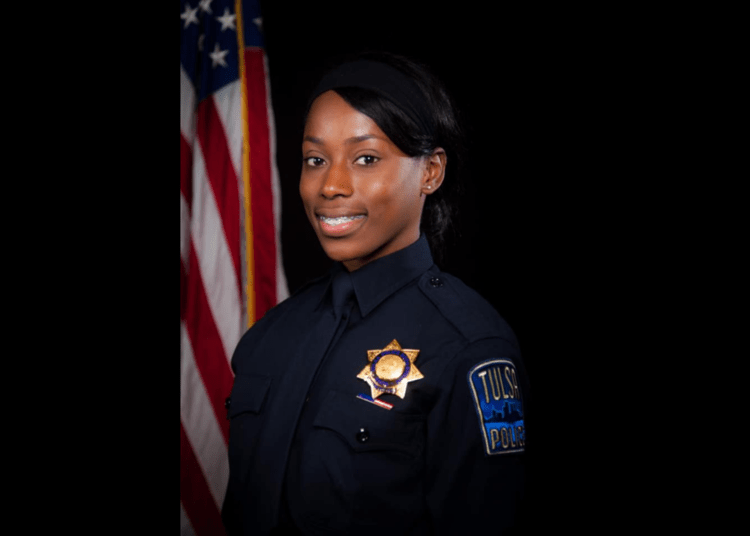 Investigators say Dythe lied on the required Bureau of Alcohol, Tobacco, Firearms and Explosives (ATF) Form 4473, specifically where the form asks the buyer if they are purchasing the firearm for themselves.

Tulsa Police Officer Latoya Dythe has been indicted by a grand jury after allegedly lying to a federal arms dealer and purchasing a firearm for another person.

Dythe marked she was purchasing the gun for herself, but investigators said instead purchased the firearm for Jones.

“Police officers are entrusted with enforcing the law to make our city safer. When a police officer breaks the law, however, it does great damage to the public’s trust. This prosecution involves an allegation that an officer, Latoya Dythe, engaged in criminal conduct by facilitating a “lie and buy” transaction as a straw purchaser,” said U.S. Attorney Trent Shores.

“Our system of justice is based on the cornerstones of trust and accountability,” said Melissa Godbold, Special Agent in Charge of the FBI’s Oklahoma City Field Office.

“It’s the trust that the community has in law enforcement – to do the right thing, in the right way, all day, every day. Without that trust, we have nothing.”

Today an indictment was unsealed charging Tulsa Police Officer Latoya Dythe and a codefendant Devon Jones with conspiracy to lie to a federal firearms dealer when Dythe acted as a straw purchaser for Jones. #2150Initiative #ProjectGuardian pic.twitter.com/xRtw7F4B5V

“Investigators within the Tulsa Police Department Crime Gun Unit received this case and immediately began working with the Federal Bureau of Investigation and the Bureau of Alcohol Tobacco and Firearms. We have worked in partnership with the United States Attorney’s Office throughout the duration of this investigation and will continue to do so as this process moves forward. When the actions of an employee of the Tulsa Police Department bring ill repute to the Department, it tarnishes the good work done by the hundreds of other officers who wear the badge with honor.”

As part of the conspiracy, Dythe, and Jones allegedly made false statements and representations to an employee of the Bass Pro Shop, a federally licensed firearms dealer, when Dythe allegedly lied on the ATF Form 4473.

They said on April 11, 2020; the defendants approached a Bass Pro Shop employee. Dythe asked to handle a handgun. The employee asked Dythe if she was purchasing the gun for herself rather than for Jones. They said she replied she was a Tulsa police officer and knew the law.

They said Dythe filled out and signed the required form, indicating the firearm was being purchased for her. She then paid for the gun using cash provided by Jones. Dythe gave Jones the gun once the two were in the parking lot.

Count 1 and Count 2 of the indictment each carry a maximum penalty of five years imprisonment, three years of supervised release, and a fine not to exceed $250,000.