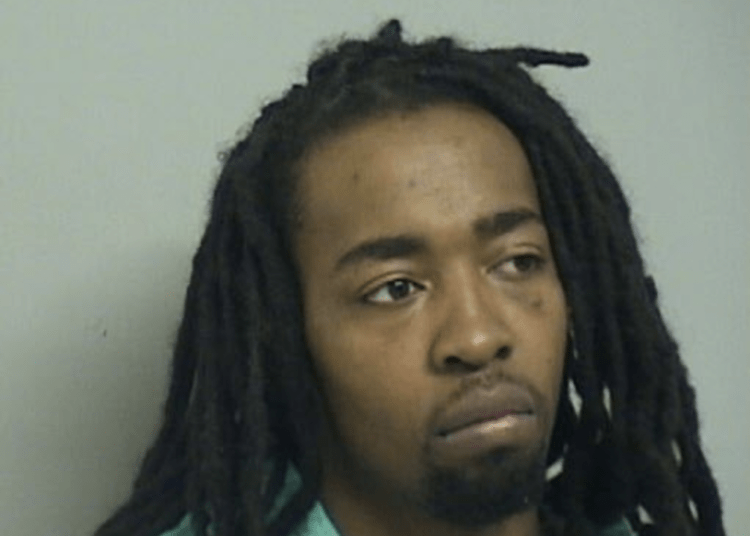 The victim, who has not been identified, said that Johnson raped her and then forced her into prostitution in Florida, California, Texas, and Oklahoma. After apparently fleeing Oklahoma City, Johnson told the victim he was coming to Tulsa to force her into more work, according to authorities. 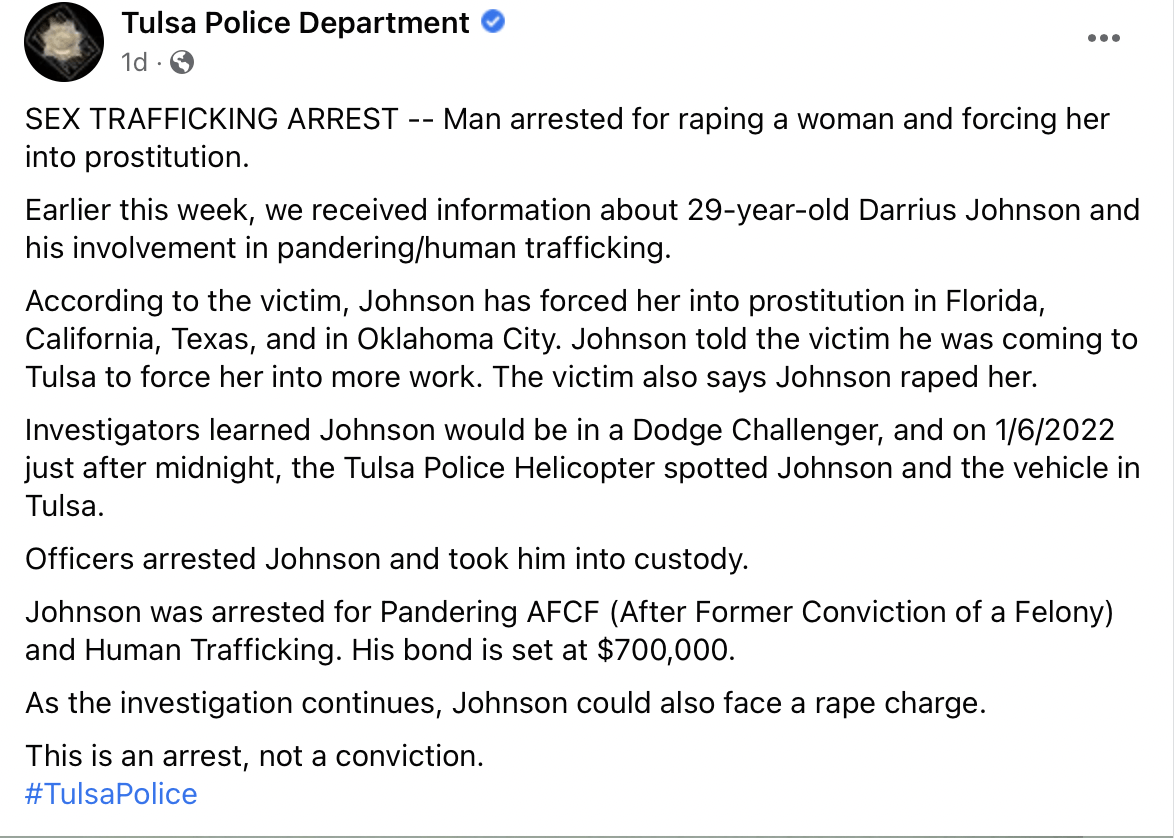 Investigators obtained information that Johnson would be in a Dodge Challenger. Just after midnight on January 6, 2021, the Tulsa Police helicopter spotted Johnson and the vehicle in Tulsa.

Following a traffic stop, Johnson was arrested for Pandering AFCF (After Former Conviction of a Felony) and Human Trafficking. The investigation into the alleged rape is ongoing.