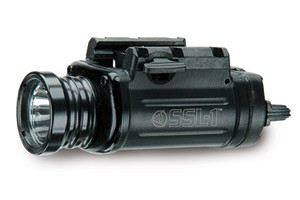 Statistics have shown for a very long time that the majority of armed confrontations that involve law enforcement officers occur between 1800 hrs and 0600 hrs the hours of darkness. Low light is not really the problem some would have you believe because your eyes can adjust to consistent darkness quite well, but inconsistent light poses a very serious problem.

Very seldom do we work in a totally dark environment. Street lamps, security lights and ambient light from businesses and homes allow us to see, but they create pockets of darkness that can make it difficult to discern the intentions of the person you are confronting or what they may hold in their hands. Additionally, officers constantly move from bright light to dark light, and that will wreak havoc with your eyes. While eyes can go from darkness to bright light rather quickly, the reverse is not the case. Eyes adjust to the dark very slowly, so having a quality white light with you at all times is essential.

By the way, if you ever find yourself in total darkness, either turn the lights on, or leave them off and use your light judiciously to avoid making yourself an easy target.

Insight Technology has long been associated with lighting solutions for the special operations community, including night-vision devices. The company was also one of the original manufacturers of weapon-mounted lights such as the Universal Tactical Light (UTL) that Heckler and Koch marketed for its USP pistol, the first handgun that incorporated a molded-in rail on the frame. Insight s original M3 light was a big hit with many law enforcement professionals due to its bright light and low cost, but many felt its plastic body was just not durable enough. While I ve personally seen any number of M3 lights stand up to grueling conditions, Insight decided to address this concern and has recently introduced the metal body (anodized aluminum) SSL-1 (Solid State Light) weapon light.

The SSL-1 measures 3.4 inches long, 1.6 inches wide and 1.4 inches tall, making it a very compact unit. At 3.96 oz. with batteries, the weight added to the front of any standard handgun is negligible and would even help control the felt recoil a bit. The super-strong LED puts out 80 lumens of light with a battery life of 18 hours. The unit is waterproof to a depth of 66 feet, so a bit of rain won t affect its performance. You easily turn the SSL-1 on and off by way of a toggle switch mounted at the rear of the light s body. You can manipulate this switch with either the trigger finger or support-hand thumb.

As handy as a weapon light can be, it will never replace the hand-held flashlight because you will usually need a light and not a gun. To address this need, Insight recently introduced its new H2X Typhoon LED light. This multifunction tactical light puts out 80 lumens of white light that is more than enough to temporarily blind and distract an adversary while enacting a counter-measure(s). The variable light output offers 90 minutes of run time on its highest setting and 400 hours on its lowest. This is a handy feature to have on a raid where the highest output would be desirable on the initial entry, and a longer lasting, lesser-power light would be good for a prolonged evidence search. Hard-aluminum construction makes the H2X very durable, and you can weapon-mount it on a long-gun rail system.

The multiple-mode system offers a number of lighting options, including constant on, momentary, strobe, dimming and locked out. Don t underestimate the strobe feature. I ve had this done to me in training sessions, and it s very hard to keep track of where an adversary is located with 80 lumens of light flashing on and off.

When it comes to having white lights in the dark, it s a good idea to have two because anything human designed and engineered can fail. That said, the shock-proof LED will last a lifetime and stand up to even the worst abuse. Both the SSL-1 and H2X are seeing extensive service in Afghanistan and Iraq, and the commentary regarding both has been overwhelmingly positive.

The SSL-1 & the H2X Typhoon
PROS
• Well-built and will withstand rough treatment;
• LEDs reduce costs associated with
bulb replacement;
• The manufacturer has an excellent
reputation and will stand behind its product; and
• Both lights are compact and light.

CONS
• The Typhoon’s switch is a bit “busy.” A user could miss the desired mode in the heat of a confrontation.