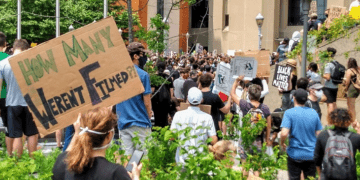 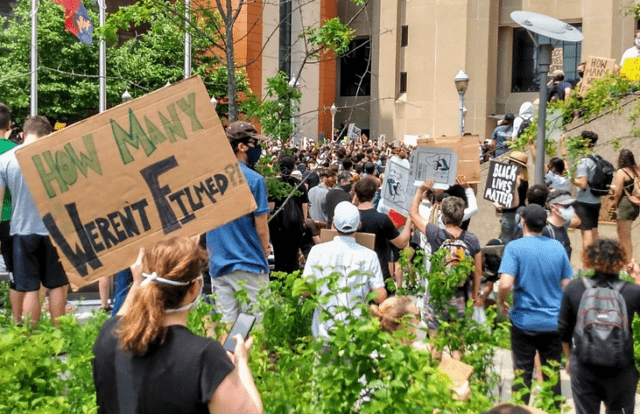 In the aftermath of George Floyd’s death and discussions on police reform in the U.S., there are articles being shared in law enforcement circles using FBI statistics of police interactions to prove that police are not racist and there is no systemic police racism. The numbers do not tell the whole story, however, and we are causing greater harm than good when we persist on pushing this narrative. Here are three reasons why we should look more deeply.

1. Many of the police interactions that have shaped perceptions are never documented.

2. We must recognize the history of pain associated with policing and the danger of looking at numbers apart from the stories they tell.

The numbers don’t lie, but our words about them can certainly be misleading. It has been said that statistics can be manipulated to prove anything. “Averages and relationships and trends and graphs are not always what they seem.” Author Darrell Huff, in his 1954 book How to Lie with Statistics, went on to warn about the “secret language of statistics…[that] is employed to sensationalize, inflate, confuse, and oversimplify.”

I am going to respectfully suggest that the recent articles circulating in the law enforcement world with “facts” and statistics about “the lies of systemic police racism” are an oversimplification at best, and we need to stop sharing them.

These articles tout FBI statistics related to police interactions with the black community to show that there is no disparity in arrests or deadly force incidents when compared to the white community. When taken within the context of overall police interactions, numbering in the millions each year, this perspective argues that the chance of anyone – and especially a black male – being shot by police is very small. “Microscopic” was the word one publication used.

The numbers don’t lie. Their significance, however, is grossly oversimplified and provides only a partial telling of the story of policing in the United States. We all want to be heard. We want to be respected and validated. If we truly want to bring healing and reconciliation, then we must take a different approach.

Here are three points for your consideration as to why we need to stop pushing the “facts prove the police aren’t racist” narrative and understand that doing so is creating more harm and divide than good.

First, many of the police interactions that have shaped perceptions are never documented. To simply rely upon reported statistics is to dismiss the very real experience of injustice and racism by those in our communities. The statistics do not tell the whole story.

Consider two examples. Dr. Michael Reynolds is a pastor, educator, reserve police officer, and chaplain with a federal law enforcement agency. He is also a mentor, friend, and leader who I esteem highly. We recently participated in a “conversation for change” that was broadcast on social media. In the conversation, he told two stories of being a young black male in South Chicago who experienced racism and mistreatment from white police officers.

In the first story, he was sitting on a porch after dark with his brother when two white officers confronted them. When the brother questioned the officers’ actions, Dr. Reynolds and his brother were subsequently placed into the patrol car and taken miles away into another neighborhood where they were dropped off to walk home. If you need a visual to help understand the officers’ intentions, watch this scene from the Hughes Brothers 1993 film Menace II Society in which the officers drop two teens off in a rival neighborhood.

In the second story, Dr. Reynolds shared that he and his brother were running from the train to a nearby bus stop when white officers with guns drawn stopped them, made them get into a prone position, and then asked why they were running. They were quickly released to go on their way.

Trooper Michael McSellers is doing much needed work bringing awareness to mental health and suicide issues in law enforcement. Several years ago, he was my guest in episodes 039 and 040 of the Watch Your Six Podcast. At the beginning of episode 039, he told the story of walking with his cousin, being stopped by two white officers, questioned about being gang members, and having his fingertips nearly burned from the hot hood of the patrol car. He expressed a deep sense of calling to serve in law enforcement as the reason he was able to overcome the sense of injustice from this experience and still enter the profession.

There are innumerable stories such as these, and none of them were ever documented in a way that would point to racism or injustice. It is disingenuous to throw out statistics in a manner that seems dismissive to the plight of our black brothers and sisters simply because the numbers on paper “prove we aren’t racist.”

Are all cops racist? No. Are cops killing thousands of black men every year? No. Are the statistics being quoted an accurate indicator of the problems of racism and injustice in policing? No.

Secondly, we must recognize the history of pain associated with policing and the danger of looking at numbers apart from the stories they tell.

In her article “The New Lynching Tree: Social Justice Implications of Police Violence Against the African American Community,” Dr. Estrelda Alexander recounts the history of lynching in the United States and the parallel of lynching to excessive police force. Police officers have oftentimes been on the wrong side of history, and we should be cautioned against disconnecting historical experience from contemporary sentiment.

As I have oftentimes pointed out, there are men and women alive today with first-hand experience of the brutality of police batons, fire hoses, and snarling police dogs. There are families who still grieve the loss of loved ones who were lynched and received no justice.

We may or may not agree that officers did anything wrong in the cases of Michael Brown, Freddy Grey, Eric Garner, Philando Castile, or many of the other cases, but we would do well to recognize the concerns of the community and the parallels of these incidents within the broader historical context.

Moreover, these cases may be few from a numerical or statistical standpoint, but they carry enormous significance. When we relegate these cases to statistical insignificance, we are implicitly saying their lives did not matter even if that is not the intention.

Admittedly, those of us in law enforcement are guilty of devaluing certain lives within our communities.

The homeless man who is drunk, trespassing, and a thorn in our sides is seen as a waste of time and an easy arrest rather than as my Vietnam veteran uncle with PTSD who died of cirrhosis.

The drug addict who has overdosed and requires Narcan is seen as a waste of taxpayer resources rather than as a family friend who battles with brokenness, deep pain, and negative coping mechanisms.

The gang members who “shoot up” their communities are seen as thugs who are somehow proving that black lives really don’t matter rather than as young men who have been severely disadvantaged and need the whole village to come alongside of them.

All too often we fail to recognize every individual as a human being created in the image of God who deserves to be treated as such even when there is an element of personal responsibility that is lacking. The ways in which we devalue lives today may wear a different mask, but their historical parallels are eerily familiar and harmful to those who bear the wounds of generations past.

The facts related to line of duty deaths repeatedly show there is no “war on police.” Statistically, we maintain historical lows related to line of duty deaths. For those who argue that tactics, training, equipment, and medicine have improved – and they have – I would simply point to FBI LEOKA (law enforcement officers killed or assaulted) statistics that show the numbers have remained relatively consistent for at least the past 20 years.

When compared to the millions of police interactions annually, most of which do not involve uses of force, the chances of dying or being seriously injured in the line of duty are almost zero – microscopic. Numerous studies in recent years show that a majority of citizens maintain a consistently high level of respect for law enforcement officers. From reading the headlines of the major law enforcement publications and LEO social media posts, however, we certainly have not allowed the facts to get in the way of our perceptions.

My point is that we know perceptions are formed from more than the “cold, hard facts.” There are police families who have been deeply affected by the riots, the hate-filled words, the threats, the damage to patrol cars, or by being followed home. There is no war on police, but our concerns for safety are legitimate and we want them validated.

It is time we treat those in the black community the way we want to be treated. It is time we stop dismissing the very valid and reasonable concerns of many in our communities because of the few who riot, loot, or even shout to defund the police. It is time we do a better job of listening, respecting, and honoring.

And it is time we stop callously throwing statistics in people’s faces just to prove ourselves right.