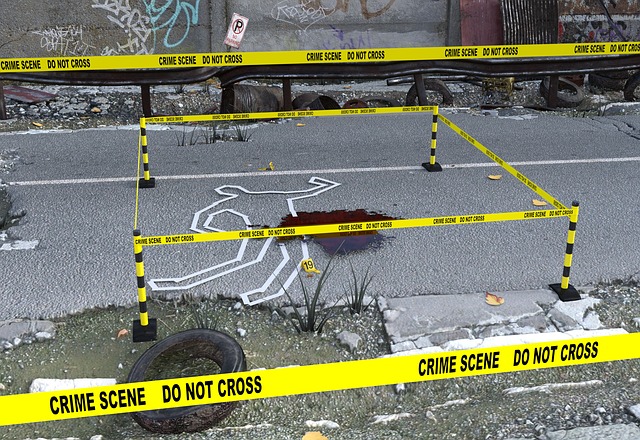 Being a field training officer (FTO) for rookie cops is one of the most important jobs in police work. Even with all our academies, and psyche tests, and background investigations, the true way a cop is educated is in the time proven on-the-job-training method.

I’d been a ground pounder for about 5 years before I made FTO. I liked the chance to teach new cops the right way (NOT the “academy way”) of dealing with the people high and low that made the 3 David 42 foot beat assignment both dangerous, yet satisfying. FTO’s also got paid more.

Charlie the Rookie was big, strong, willing to listen, and as naive as a puppy approaching an alley cat. He was also probably the fastest runner I’d ever seen while wearing full body armor.

The intersection of 16th and Mission in those days, as it always will be it seems, was the epicenter of heroin use, cheap street corner prostitution, and the incessant drum beat of violent crime. It was a perfect place to teach my trade to a newbie.

Bad guys stay out of jail by seeing you coming and moving elsewhere. Kind of  like cockroaches scuttling for safety when you turn on the lights in a greasy kitchen.

All the beat cops knew how this worked, and we used it to our advantage. We called it “The Squeeze.” It worked this way:

My partner, in this case Charlie the Rookie , and I would walk north on Mission Street, but on different sides of the road. If a lowlife saw us coming, he’d either scuttle away north, or duck into a store front.

Most store owners hated the hype population and would usually push these guys out of their business immediately. Unless of course the hype had money to spend, or if the store owner was dealing heroin on the side. About half of the merchants either dealt drugs or  fenced stolen property, so it was anybody’s guess what would happen.

Either way, the street would be clear for about one block ahead of us.

The Squeeze maneuver was when the cops had a team walking south on Mission, and the same time had one pair headed north towards each other. We’d try and work it so the boxed in addicts would have no easy escape route, and like sardines in a can, we’d have them where we wanted them.

When the net began tightening, you started watching their hands and feet very closely. If they had just scored a balloon of smack, or a semi-loaded needle, they would casually hide  the contraband on a window ledge, under a car, or between the pages of a newspaper on a display rack. That way if we found the stuff, we couldn’t charge them with possession.

With Charlie’s running speed, it was always amusing to me to see one of these guys try and take off running thru traffic or up a fire-escape. I don’t think Charlie ever lost a foot pursuit.

As the old phrase goes: If you try and run away, you’ll just go to jail tired.

The Street Sergeant told me one afternoon, that it looked like we had a one-man crime wave going the second Friday of every month, when the welfare checks were mailed out.

A lot of the elderly Chinese community favored one bank, and some of the little old ladies had been mugged within minutes of cashing their check while walking to a certain bus stop. This was happening just on the edge of my turf, but I agreed with the 3 David 100 Sergeant that we had to stop this before anybody else got robbed … or killed.

Ordinarily, FTOs and rookies aren’t given “special assignments” (besides getting lunch for the lieutenant that is), but Charlie was due for his weekly Activity Review, and a successful conclusion to a case like this would look great on BOTH of our evaluations.

So as to not disturb the natives, Charlie and I took a Muni bus past the bank, then slipped out the back door quietly just outside of our beat.

I had borrowed a couple of cast-off over coats from a thrift store the day before, and we carried our flat hats under the coats. While we looked funny, with dark rumbled raincoats on over our beat uniforms, but most of our clientele didn’t see us coming.

By pre-arrangement, Charlie went to one side of the bank, and I took up a post on the other. Standing in doorways about 50 yards from the bank, we were invisible.

A Squeeze like this takes patience, good eyes, and strong bladder control.

Soon enough, we saw this very frail looking Chinese lady enter the bank, and then come out a short time later, clutching her purse to her chest. My briefing had given me a pretty good idea of who to look for as a thief, and it was only a few minutes later that I saw a perfect match shadowing the woman.

She almost made it to the bus shelter, when the coyote struck her down, ripped the purse loose, and took off running. Knowing where the guy had escaped before, I had put Charlie right in his path. I began to smile, while I called City radio for other cops, and an ambulance.

Charlie pulled off his coat, stepped into the street and just stood there smiling.

The bad guy saw him, said a lot of nasty words (I guessed), and turned around to run in the other direction. He got about 10 steps when he saw me running at him, with my gun in hand.

More nasty words ensued, and as we tightened the Squeeze, he bolted out into the busy traffic pattern.

Justice served, he got hit by a bus.

Charlie got to him first, and when he saw that the crook wasn’t obviously bleeding, and was only slightly stunned, we both started laughing our heads off.  The Muni driver, who was looking REALLY concerned initially, saw us, figured out what happened, and broke up also.

Charlie picked up the purse, and before we handcuffed the guy, I got a very evil idea.

To mark cars for parking tickets, we were given these big yellow lumber-crayons. They work real well on tires, so I figured they would work on asphalt as well.

While the thief was still lying in front of the bus, with Charlie pointing a big revolver at him, I took my crayon, and began tracing his outline on the street.

Now the movies and TV always had dead bodies marked on the ground in this manner, and I was hoping our crook would think he knew what this meant. In reality, we never did this, but civilians usually didn’t know.

For what I hoped for was a subtle level of comedic effect, I started shaking my head, and looking “sadly” at the cronk who was still proned out in front of me.

He looked at the outline, a dim-bulb went on in his head, and he said” What are you doing??, I’m not dead!!”

As deadpan as I could muster, and sounding as regretful as possible, I said to him, “Hopefully you won’t suffer much … internal injuries are usually not too painful”

He yelled, bounced to his feet (as I knew he would), and Charlie handcuffed him.

To finish the image, I added a pair of eyes and a big frown to the cookie-cutter image on the ground.

As we walked away with our thief in chains, the Muni driver hit his horn, saluted us, and the crowd at the bus stop applauded.

I love it when a plan comes together.