The Convergence of Technologies in Law Enforcement 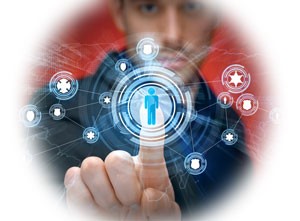 As the law enforcement community entered 2014, it found itself on the verge of a radical change in technology. Of course, what makes a technology transformational is subjective, different for everyone. But one common definition of transformational technology is that it's something we look back on and wonder how we ever got along without, an item that dramatically improved our lives or jobs. Examples: the cellular phone or the introduction of mobile radios for law enforcement.

Over the last century, transformational technologies have been introduced to law enforcement at a gentle pace, averaging about one during an officer's career. The next 30 years will prove to be vastly different. The law enforcement community, and the greater public safety community, are on the verge of changes in technology that will come not only at a blisteringly fast pace, but that will each be nothing short of transformational.

To forge ahead, we must first look backward to gauge our progress. Some of the more transformational technologies that have changed law enforcement in the last century include:

As we entered the new millennium, there was a focus on innovation in law enforcement technology, spurred on by a wave of innovation in the consumer marketplace. Such innovations included:

It All Comes Together

The buzzword for the next decade is convergence. Convergence of technology is an idea that we've all become quite familiar with, whether or not we realize it. Again, looking to the past can help us understand what's in store for the future.

Remember for a moment what life was like in 1995, just 20 years ago. Our "portable" music was delivered on a Sony Walkman or similar device, accompanied by stacks of cassette tapes or CDs. A cellular telephone—often referred to as a "car phone"—was physically mounted to the vehicle or carried around in a bag. Video cameras were something that the crime scene unit had, and they were carried in a large case. GPS was a system that the military used, since the intentional government degradation wasn't turned off until 1996. Maps came in books, one for each area that you patrolled, and if someone really needed to be reached they could be "paged." Only a few knew about the Internet, and people were only just beginning to understand the idea of "checking your email."

Fast-forward 20 short years and all of these technologies—and more—have converged. The smartphone revolution has been transformative, some would say disruptive. But no matter how you view the change, convergence is the best way to describe it. All of the tasks listed above, and many more, have converged into a single device. What would have taken eight devices in the past—Walkman, cellular phone, video camera, Polaroid, GPS, map books, pager and a personal computer—can now fit in a shirt pocket.

It's now possible to take videos and pictures of a crime scene or a suspect with a device on your duty belt, and then transmit them instantly across town or around the world. With GPS-enabled devices and social media apps, everyone is in-touch, or "present."

In some respects this transformation seems obvious. In both our professional and personal lives, we tend to take technological advances for granted after only a brief period of time with them. We yearn for the "next big thing." To truly appreciate what has yet to come, however, we must look back on the past at how far the journey has brought us. As the budget-time cliché reminds us, we actually are doing more with less. That is the fundamental idea of convergence.

In many ways, though, the public safety community is slow to adopt change, and even resists advances that come from convergence. But why?

The idea that "separate is safe" is one reason. Public safety agencies have long felt that having separate systems, technologies and networks is one way to maintain autonomy, control and redundancy. Consider the number of information-sharing projects or initiatives that have occurred over the last decade. There have been some major successes, without question, but these have proven to be the exception rather than the rule. Sharing records management system data in real-time with other agencies in a region, let alone a larger area, is still considered out of reach for many agencies.

And although there is power in numbers, the public safety marketplace is just 4 or 5 million users strong—not quite the market that attracts the big ideas and the low price tags.

Over just the past year there has been great interest, discussion and movement in the development of the Nationwide Public Safety Broadband Network (NPSBN), often referred to as FirstNet (the First Responder Network Authority), an independent federal authority established to provide the network. Again, the idea that "separate is safe" plays a key role in defining the next generation of public safety technology. But is it necessary?

The innovations and convergence that lie ahead not only for the law enforcement community, but the public safety community as a whole, could be enabled by any broadband network, not just FirstNet. To be sure, though, a broadband network is necessary to pave the road ahead. Think back to the convergence of consumer devices into the smartphone. Those revolutionary changes were powered by constantly increasing speeds from commercial cellular networks—2G, 3G now 4G and even talk of 5G systems that will be 1,000 times faster than today's 4G networks.

So what will we see first? As I was writing this article, the Consumer Electronic Show (CES) got underway in Las Vegas. CES is the one time each year that consumer electronics manufacturers unveil their big ideas and new innovations. This year one of the key themes is wearable technology.

Wrist watches that can place calls, take pictures and even record short videos are making a debut. Dick Tracy would be proud. And let's not forget about Google Glass—the wearable eyeglass-like device that projects a heads-up display in the user's field of view. Some law enforcement technology companies like Stalker Radar are already testing interfaces to their in-car cameras with the device. Imagine receiving a driver's license photo of a vehicle operator in the display before you approach the vehicle, or turn-by-turn directions appearing as soon as a new dispatch is received. Imagine searching a building and not only seeing detailed information about the property, but also the locations of other officers on the assignment.

Can you imagine controlling your computer without a mouse, but rather with simple hand gestures or arm movements? Thalmic Labs showcased the MYO armband at CES, a device that the manufacturer claims will change the way computers are controlled. The possibilities for the law enforcement community are tremendous, too. Imagine a dispatcher or other officers being notified every time a weapon was un-holstered, or the ability to sense and report when an officer was in a struggle.

Communications will also be revolutionized. Traditional land-mobile radio systems as we know them today will end this chapter in the evolution of public safety communications. For decades the public safety community has suffered with interoperability problems—incompatible frequencies, incompatible protocols and differing coverage areas. Can you imagine a world in which you needed to know not only what type of phone the person you were calling had, but who manufactured it and what frequency it was on before you could call them? Why, then, do public safety agencies continue to suffer from interoperability issues?

A nationwide public safety broadband network that handles mission-critical voice communications has the potential to change the status quo, to make interoperability issues something referred to only in history lessons. Police officers and other public safety responders alike should have the ability to communicate with anyone in public safety, no matter where they are and no matter what type of device they are using. We take it for granted today with our cell phones.

The leading communications systems manufacturers, such as Harris Corporation and Motorola Solutions, are already taking steps to embrace the change. Harris currently offers the BeOn product, which interfaces traditional radio systems with smartphones. And in December, Motorola Solutions purchased Twisted Pair Solutions, one of the leading innovators in push-to-talk communications over broadband networks.

A Change in Mindset

The power in numbers will come not only in terms of innovation, but also at the cash register. The capabilities and computing power of an Apple iPhone are magnitudes greater than traditional portable radios, yet the iPhone has a retail price of $849 versus a price tag of $5,000 for some radios.

The long-held belief that separate is safe will also have to change, with a new recognition that sharing can be safe, too. Separate systems create technology and information silos, reducing productivity and increasing costs.

Innovation and transformational change will also come to law enforcement community as it becomes more comfortable with Software-as-a-Service (SaaS). Information sharing, data mining and "big data" will be empowered as more and more agencies move to common records management platforms that easily share data with each other. Consider the number of agencies, both public and private, that use Google Mail and Apps now instead of traditional server-based systems.

Today, free programs like DropBox and join.me allow officers to instantly share files or view each other's computer screens, yet in many departments transferring a report from one records management system to another seems more difficult than earning a medical degree.

What will all this cost, you ask? A nationwide public safety broadband network will bring with it many positive changes, but it will also have to introduce service fees to make it sustainable—an idea that is objectionable to many local and state governments. Once a true accounting of the costs for the technology that will converge is conducted, however, it may reveal that FirstNet will actually save money.

Consider the costs involved with providing a statewide law enforcement radio network, mobile data access for every officer, and cellular service for department administrators. Separate is safe, but separate is also more expensive. Convergence of radio, mobile data and voice devices to a single device and single network has the potential to exponentially increase capabilities and dramatically lower costs.

The public safety community of the past has been cautious about adopting new technologies. Many agencies have adopted "wait and see" policies as new devices are introduced rather than being on the "bleeding edge" of the technology curve.

Over the next 10 or 20 years, new technologies will be introduced to the consumer marketplace at a blistering pace, enabled by ever-faster cellular data systems. The law enforcement community can ride this wave of change as well; it doesn't have to be on the bleeding edge, but it should at least be within sight of the edge.