The Acquittal Of Derek Chauvin 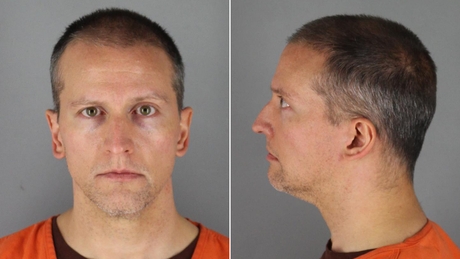 From the beginning of the George Floyd case, we have been pointing out several problems with the criminal charges. And we’ve been accused of “justifying” the death of Floyd, or being flat out racists, since we were perhaps the only media publisher willing to actually look at the facts of this case.

While others have been looting, burning and screaming due to “systematic police racism,” we shared with our audience some extremely important facts.

For example, we explained Floyd’s symptoms of “excited delirium,” the “approved” neck technique used by Chauvin, and the odd disappearance of the body camera footage, which would be the only video recordings showing the incident from the beginning to the end.

However, none of what we said seemed to matter. Emotion and hate have ruled the day, yet not one piece of evidence has emerged that proves racism was a factor. We even pointed out the case of Tony Timpa, another unfortunate incident that appears much worse, yet few people know anything about it, due to a rather distracted mainstream media, we suppose.

Like many people, we do not expect politicians and activists to have any sense of morality and ethics, but we remember a time when the media would pursue the facts and tell the story—rather than stoke the flames of hate and violence without any facts whatsoever. Yet this has been going on for weeks, and the damage done has been tremendous.

Anyone who did not follow the popular opinion somehow became a target, including Major Travis Yates who was portrayed as a racist cop by hundreds of media outlets for discussing data and research and citing how nationally recognized scholars already debunked the myth of systematic racism in law enforcement. Aside from defmatory media attacks, there was an inexplicable wave of firing of officers throughout the country that seemingly began within hours of the incident.

Now however, it seems others have started to question the myths and the rhetoric, and have started to consider the facts. In an article titled “Why Derek Chauvin May Get Off His Murder Charge,” Medium reports several issues that we reported during the first week of the incident.

A MESSAGE FOR LAW ENFORCEMENT: WHY I HAVE NOT JUDGED

Citing “six crucial pieces of information” that have been omitted from the discussion, Medium states that they will “likely exonerate the officer of a murder charge.” We agree, and rightfully so. By leaving out vital information, politicians and the media have not only given the public a false hope of conviction, but have upended the law enforcement profession.

It makes you wonder if this was the plan all along.

Medium says that “the evidence points to the MPD and the local political establishment, rather than the individual officer, as ultimately responsible for George Floyd’s death.” This echoes the point we specifically made when we wrote “The Mayor Knew” after the mayor offered an emotionally charged news conference the day after the incident.

Many of these omissions of fact are detailed below. And we give Medium credit for actually reporting them. However, they will probably join Law Officer as a racist news outlet for telling the truth and reporting these facts:

However, aside from the actual facts, and the failure of many to report them, the bigger scandal relates to the question of why the politicians and Minneapolis Leaders withheld all of this information.

Information they had the very next day.

So beyond asking for the facts, we must ask another important question: if these facts would have given explained to the public, would the riots have happened? Would buildings have burned? Would “de-funding” efforts be underway across America?

WOULD OUR PROFESSION NOT BE HEADED TO TOTAL AND COMPLETE DISASTER?

While we can only begin to wonder what was in the minds of these cowardly politicians, we wonder what will happen to this country when the acquittals come. Something that any expert, with the above information will tell you is highly likely, presuming a fair trial is even possible.

Of course, there are plenty of other questions that come to mind: Is this all a setup? Why the lies? Why the omissions? Why the secrecy?

And if any of the answers pretend to have something to do with “justice,” then a speedy trial that ends by November 3, 2020 should be part of answer as well. Otherwise, we should understand that politics matter more than facts. And we should know who bears the blame for consequences of the lies and omissions—and it’s not the cops trying to do their job—it’s the politicians trying to protect themselves and their reigns of power, control, and manipulation.