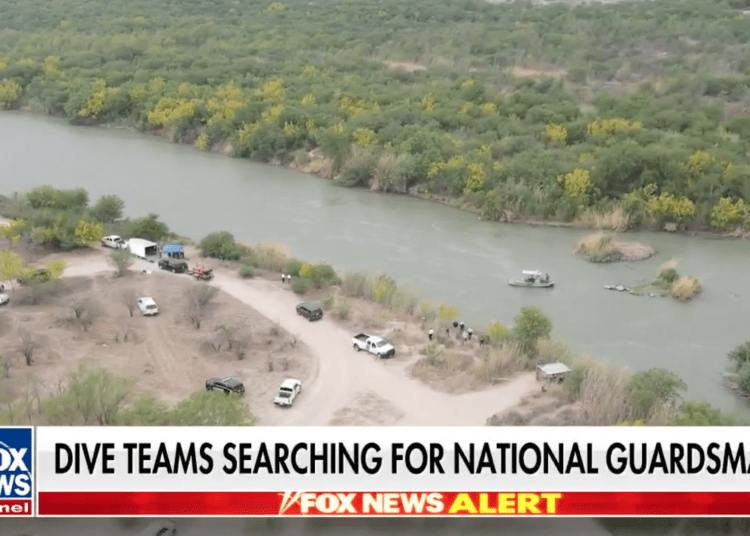 A friend told NBC 5 she graduated with Evans from Mansfield High School in 2018.

Evans, a 22-year-old field artilleryman from Arlington, is assigned to A Battery, 4-133 Field Artillery Regiment in New Braunfels, Texas.

He joined the Texas Army National Guard in May 2019, and he returned in the fall of 2020 from mobilization to Operation Spartan Shield in Kuwait, officials said.

As of early Monday morning, he remains missing, according to the news outlet.

The Texas Rangers are leading the investigation, and the Texas Military Department, Texas Department of Public Safety, Texas Parks and Wildlife, and the Border Patrol are assisting the search and rescue efforts.

MAVERICK COUNTY, Texas – A Texas National Guard soldier went missing Friday while trying to rescue migrants crossing a river at the border. As the search for the missing soldier continues on Saturday, officials said the individuals the guardsman tried to save were involved in “illicit transnational narcotics trafficking.”

The soldier went missing on Friday after entering a river in Eagle Pass to help two migrants who officials say “appeared to be drowning as they illegally crossed the river from Mexico to the United States.”

In a statement, the Texas Military Dept. said that initial reports from Texas Rangers “have determined that the two migrants were involved in illicit transnational narcotics trafficking.” They are both in Customs and Border Protection (CBP) custody, Fox News reported.

The strength of the river’s current forced the Search and Rescue Teams to cease dive operations late Friday, but the search resumed on Saturday.

The Texas Military Department has notified the soldier’s family. They said the name will be released at a later time.

“The search for the missing TMD soldier will continue until we have exhausted all available resources,” the statement said. “The Texas Military Department is thankful to all interagency partners for their continued support in this operation to locate our missing soldier. Our thoughts and prayers remain with the family of the soldier.”

MAVERICK COUNTY, Texas – A Texas National Guard soldier has gone missing while trying to rescue migrants in a river at the state’s border with Mexico, officials confirmed Thursday.

Initially, law enforcement sources told Fox News the soldier had drowned while trying to rescue migrants in the river at Eagle Pass. However, sources later said the body of a migrant has been recovered while the soldier has now been missing for hours.

At the moment, the official word from the Texas Military Department is that a soldier assigned to Operation Lone Star “has gone missing along a river during a mission-related incident.”

“The Soldier has not been found,” the statement said, calling reports of a fatality “inaccurate.”

“The Texas Military Department, Texas DPS and Border Patrol are working rapidly to find the Soldier,” the statement said.

Brave National Guardsman removed his armor before jumping in dangerous waters to save a human life. Please pray for the families of all those impacted. 🙏 pic.twitter.com/yo9CwHcw44

Dive teams are searching the river since the soldier was never seen resurfacing.

The Maverick County Sheriff later told Fox News that the soldier has been missing since about 8:30 a.m. local time.

The National Guard member was reportedly trying to rescue a female migrant who survived and is now in Border Patrol custody.