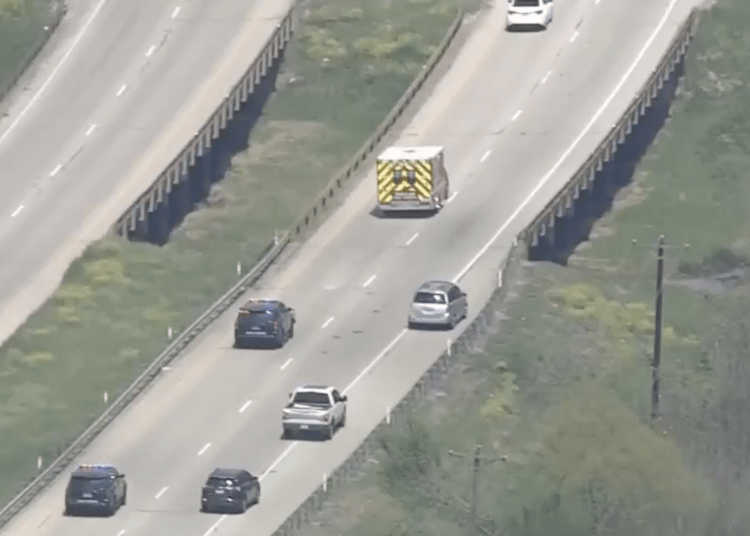 DALLAS — Police in Texas have taken one person into custody Monday afternoon after a suspect jumped behind the wheel of a stolen Dallas Fire Department ambulance.

WFAA-TV reported the emergency vehicle was taken from a fire station.

Since the theft, the suspect sped down major Dallas-area highways, and at one point, waved his gloved hand out the window of the ambulance.

The chase headed north into Collin County, where, as KXAS reported, the suspect tried to intentionally drive into oncoming traffic.

It wasn’t until the suspect bottomed out on a curb in a residential neighborhood that the ambulance came to a stop nearly two hours after the chase began, according to ABC7. The suspect bailed on foot, but was caught shortly after by Texas DPS and other police officers in the McKinney area.

WFAA adds the same vehicle was stolen once before, having been recently recovered in Louisiana.