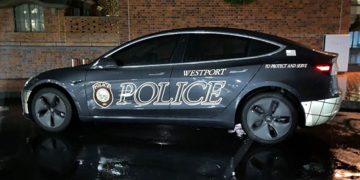 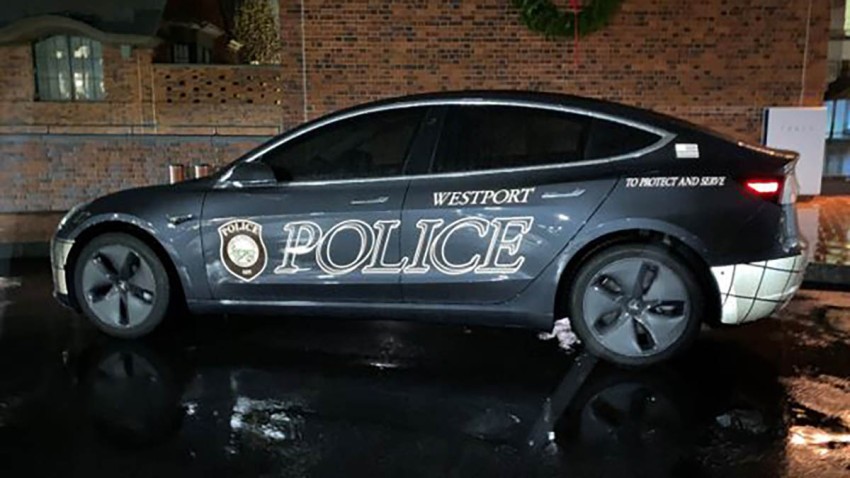 Tesla vehicles are on the rise in police departments and when the Westport (CT) Police Department bought a Tesla Model 3 last year, they set out to save money and it appears that they have done just that.

While the gas savings is a given in electric vehicles, the agency will begin using the Tesla Sentry Mode instead of the typical $3000 cost of adding cameras to their traditional police cars.

WHY THE CYBER TRUCK WILL CHANGE LAW ENFORCEMENT DRIVING

Every Tesla comes straight from the factory with many features installed in the car — like its front, side, and rearview cameras — that a police department would typically need to install at extra cost. These cameras can also be used in ‘Sentry mode’ to monitor the vehicle and vicinity when the vehicle is parked. Chief Koskinas is in direct conversations with Tesla to work on potential ways to leverage the car’s existing systems to better meet the needs of a police force.

With Tesla’s cooperation, the police are using the sentry cameras that come with the Tesla, meaning that they will be spared the approximately $3,000 expense that is normally incurred to add this to a police cruiser. And the Tesla cameras are of superior quality than what they would otherwise get.

Westport is also reportedly talking to Tesla about the potential in using the onboard computer and screen to run their police software, which they are currently using tablets for.Even with the savings from the camera installations, the Model 3’s sticker price is still a little more expensive than the Ford Explorer it is replacing.

IS THE TESLA THE FUTURE OF LAW ENFORCEMENT VEHICLES?

The department expects a $13,770 savings in fuel costs in the first three years of operation.

There are approximately one dozen police departments using Tesla and as budgets shrink along with the demands of law enforcement, we expect more agencies to think outside the box and give the technology company a try.