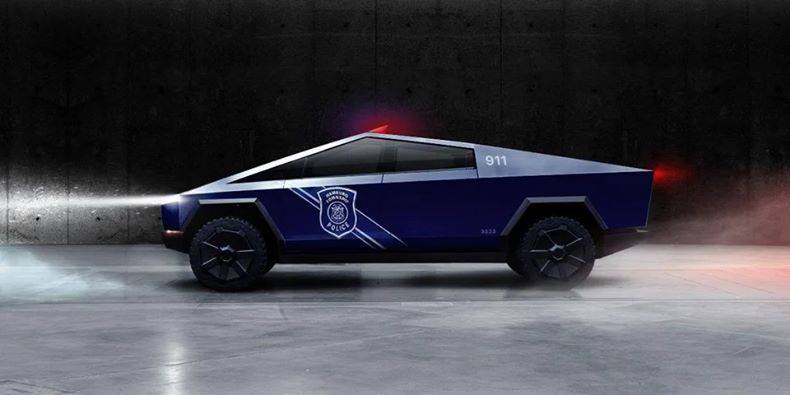 Why the Cybertruck Will Change Law Enforcement Driving

Why the Cybertruck Will Change Law Enforcement Driving

Almost twenty years I took a love I had with law enforcement driver training and developed a website to help others. I have been very blessed since then with some incredible opportunities including training law enforcement across the globe, becoming the President of ALERT International and writing a book and it’s safe to say that none of that would have happened without that initial energy and time I placed into police driver training.

Today, I find myself involved in other aspects of the profession but that initial love of training law enforcement behind the wheel has never left me, so when I saw Tesla introduce their Cybertruck last week, I was like many of you….

What the crap is that?

Then I woke up the next day and thought, that’s kind of badass.

Then I woke up the following day and thought that this could change everything we thought we knew about police vehicles.

Law enforcement has been driving a slightly modified version of civilian vehicles since the beginning of time and since the trusted Crown Vic went out of production in 2011, the profession has been on a search for the vehicle that can meet the daily needs of law enforcement and we have likely found it.

The Ford Explorer sells approximately 250,000 vehicles to law enforcement on an annual basis and makes up about two-thirds of all police vehicles bought. I’ve had two in recent years and it makes sense that it is so popular. It has plenty of room, decent acceleration and plenty of storage in the back, something that is desperately lacking in sedans.

But all of that comes with a cost. The base price for a police certified Ford Explorer is $41,000 and the cost of ownership including gas and maintenance on driving to 100,000 miles can easily double that. In addition, throw in lights, graphics, siren, boxes and storage, and an additional $20,000 is not out of the ordinary.

So does it cost $100,000 for a police agency to drive a Ford Explorer to 100,000 miles? That depends on the government contract you use to purchase, whether you can use existing equipment and a myriad of other factors but it is safe to say that it is a lot of money for departments. I asked a few agencies for the cost breakdown in my area and they each came in at around $90,000 for the life of their car. To be fair, much of the maintenance occurs after 65,000 miles but few of us work in an agency that doesn’t drive these cars well beyond 100,000 miles.

This is where Tesla comes in.

If you would have told me five years ago that I would be talking about a Tesla police car, I would have told you to get lost. Then again, I would have said the same thing if you told me a Billionaire Entertainer would be President, Bill Cosby would be in prison and Jeffrey Epstein killed himself so if one thing is true in 2019, it’s that nothing is impossible.

Granted, the Tesla Cybertruck may be a stretch for just about anyone reading this but if cost, performance, space and durability is what you desire in a police car, this has to be considered. 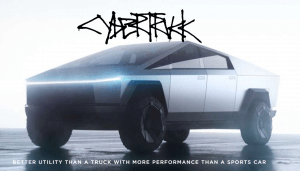 The Cybertruck comes in three types with the price increasing incrementally but the logical choice for law enforcement is their base model with a price of $39,000. That is minus the all wheel drive capability and crazy fast 0-60 speed but for law enforcement purposes it goes above and beyond the Ford Explorer.

Simply put, when it comes to the specs including price, space and storage, nothing comes close and that’s not even talking about the fact that once an agency buys the Cybertruck, they will never have to put gas in it.

The battery of the Cybertruck is rated at 500,000 miles with a range on a single charge of 250 miles. The exterior of the Cybertruck including the glass is literally bulletproof so it is not out of the realm of possibility that the purchase of this $39,000 truck for law enforcement could last several lifetimes over another vehicle.

There are certainly many unanswered questions at this point about the law enforcement use of the Cybertruck but if Tesla wanted to go that route, it wouldn’t be hard. First, it would have to become pursuit rated which frankly, I see no issues with but the 250 mile range could be an issue if an agency was using it for 24 hour coverage. For most behind the wheel, 250 miles is at the extreme during one shift but there are already options to push that all the way to 500 miles if an agency wanted to pay for it.

Continued maintenance is an issue with law enforcement because Tesla has kept a tight hold on that but considering there isn’t a transmission or engine to worry about, any potential issues would be minor but general maintenance on an annual basis is recommended by Tesla and it is Tesla alone that is certified to do that.

Police vehicle graphics would also have to be considered. The Cybertruck is made with a stainless steel ‘exoskeleton’ without paint so any agency using it would need to wrap the vehicle but the style of the exterior minus the traditional curves would likely make this much cheaper than the typical cost of a wrap. The wrap also does something pretty amazing. An agency could drive this ‘bulletproof’ vehicle that won’t dent for a few hundred thousand miles if not more, take the wrap off and resell it for much more than any traditional vehicle they would normally have.

Fitting the Cybertruck with lights, MDT terminals, etc. is another issue and while there are numerous companies that manufacture these items for the traditional police cars, there isn’t any that exist for the Cybertruck…..until it is needed and if it is needed, it will be done at a competitive price to what is being paid now.

Today, we don’t have all the answers and the first Cybertruck won’t hit the streets for two years but if Tesla wanted to go after the police market, they have the vehicle to do it. Yes, it is different, even robo-cop like but considering the capabilities, it will be able to do everything that is needed plus much, much more.