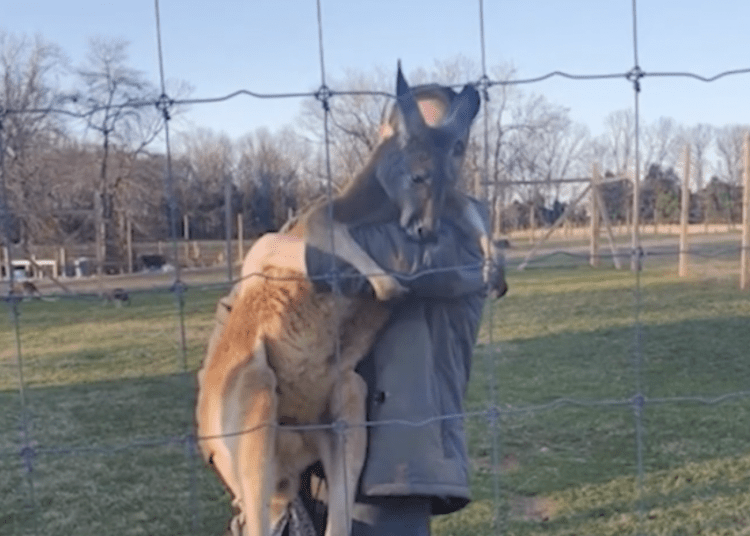 WHITE HOUSE, Tenn. — A Tennessee man strangled his neighbor’s pet kangaroo to death after the animal attacked the man’s wife as they tried to lure the roaming animal back to his enclosure.

The shocking incident occurred at the Fern Valley Road property owned by Hope and Chris Lea in the city of White House, about 20 miles north of Nashville according to the Daily Mail.

Authorities responded to the home after reports of two people ‘who had been in a battle with a male kangaroo’ named Carter, according to Sumner County Sheriff Tim Bailey.

Carter’s owners came home to find their other kangaroos milling around the dead animal, they told local news station WKRN.

‘He didn’t have nowhere to go,’ Hope said. ‘He was choked to death in his own space.’

Tennessee law allows people to own kangaroos, with males costing around $2,000 and females going for $3,000.

‘We’ve had Carter since he was a little nugget,’ she added. ‘It’s like losing a family member.’

The incident began after neighbors spotted that Carter had escaped from his enclosure.

The neighbors called the owners to see if they could get the kangaroo back into his normal confinement.

The neighbors were told that they could feed the kangaroo to lure him back to his area within the Leas’ fenced-in property.