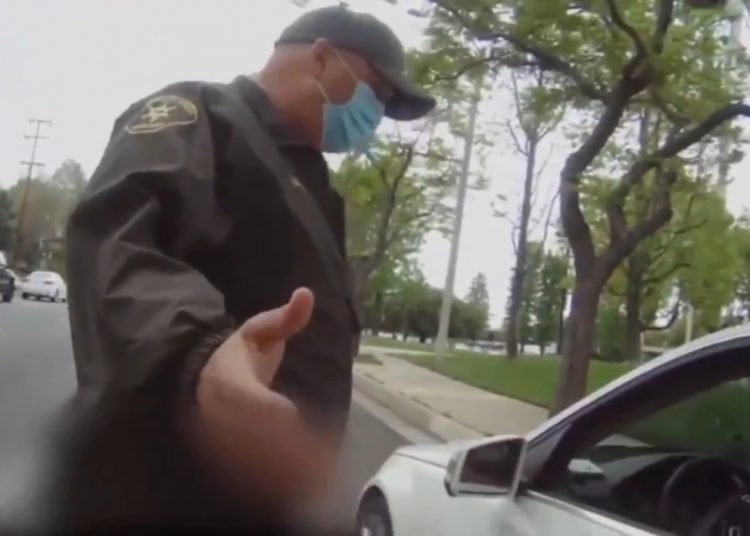 A Los Angeles County Deputy had an interesting encounter with a school teacher on what he thought was a routine traffic stop for her using her cell phone while driving.

As the deputy began to tell her why he pulled her over, she interrupted and said “because you’re a murderer.”

And it got worse from there. You can watch the encounter below:

Following the stop, the suspect, who has not yet been identified, filed a harassment complaint with the agency. That action, according to the department, is something this suspect has done in the past.

The deputy, with 14 years of service, was filming the encounter on his personal body camera as the department has not yet rolled out cameras to every deputy.

When asked about the encounter, Los Angeles County Sheriff Alex Villanueva that “if she’s representing her profession, is that an indictment on her profession,” eluding to the absolute nonsense of the entire law enforcement profession taking responsibility for the actions of a few others.

Sheriff Villanueva concluded that “racism comes in all colors and all ages and the video is proof of that.”