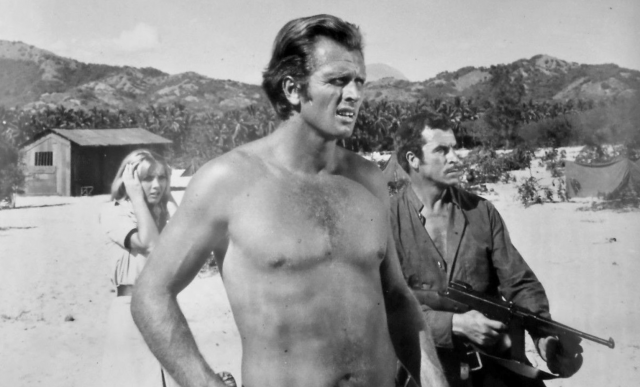 SANTA BARBARA, Calif. – Santa Barbara County sheriff’s deputies on Tuesday were involved in a fatal shooting of a suspect linked to the death of a woman at a Southern California home owned by 1960s “Tarzan” actor Ron Ely, according to reports.

Deputies were responding to a domestic disturbance when they found the elderly woman dead, KEYT-TV of Santa Barbara reported.

Authorities searched the property for the suspect, who then reportedly posed a threat when located. Multiple deputies opened fire, reports said.

The identities of the victim and suspect have not yet been released, but Ely is believed to be safe.

Lt. Erik Raney could not say if the woman has any relation to the actor. Santa Barbara Deputies initially called in air support to help with the search of the suspect.

“We wanted to make sure all the residents were safe while we searched the area,” Lt. Raney said. “We had initially called in the air support unit and neighboring law enforcement agencies to come help in the search and when we were able to locate the suspect on the property of the homicide, and after the confrontation, we lifted the shelter in place. We don’t believe there is any further threat to the public.”

Deputies were searching the property when they came across the suspect. The suspect was posing a threat when multiple deputies opened fire.

“We don’t know exactly how many shots were fired. We did have several deputies that were involved in the shooting. Fortunately all of our deputies are OK,” Lt. Raney said.

There was a disabled elderly man inside the home at the time of the officer-involved shooting. He was transported to an area hospital for evaluation. There is no word if that man was Ely.

“Our investigators aren’t deep enough into the investigation to confirm all that, but that is the same information that we have that it is that very home,” Lt. Raney said. “If in fact that is the case, the actor himself is OK. If he is in fact the elderly gentleman, he is alive and well in the home. All is I can say at this point is that the call was of a family disturbance, but we don’t have any confirmation of the relationship of the homicide victim to the suspect who was confronted by deputies.”

Ely, 81, is best known for playing Tarzan in the 1966-68 TV series of the same name. He also had recurring roles in shows like “The Love Boat” and “Fantasy Island,” KABC reported.

UPDATE: Ron Ely’s wife, Valerie Lundeen, was killed at their Southern California home, a source who spoke to a family member told Fox News on Wednesday.

The sheriff’s department confirmed the woman is “a victim of an apparent homicide.”