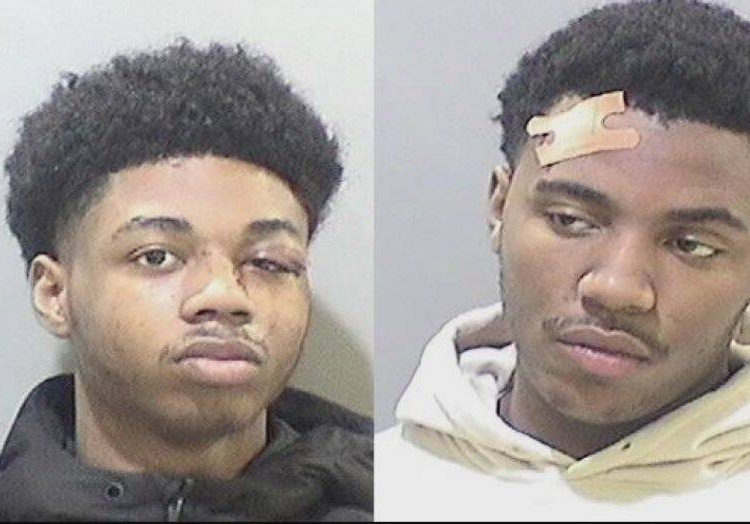 Detroit — A judge released two suspects accused of leading officers on a vehicle pursuit—and allegedly pointing a gun at them—on a bond that requires no money. Fox 2 reports that officers spotted Terrence Jordan standing in the street holding a pistol March 12th on the Detroit’s west side. Jordan was with a man named Joshua McCormick.

“This individual Mr. Jordan exited the car. He pointed that gun in our direction. We were far enough back a safe distance. He jumped back in the car, drove about 3-5 feet, got back out, and did the same thing,” said Detroit Police Corporal Jason Tonti.

Police said the men got into a Dodge Charger and sped away from officers, leading police on a high-speed pursuit. Police ended the chase after the driver of the Charger shut off the lights while driving at a high speed. The Michigan State Police later picked up the pursuit which ended when the suspects crashed.

Corporal Tonti said that the suspects “…didn’t care… it was a joking matter to them. They knew nothing was going to happen to them.”

And unfortunately, in a move that seems to embolden criminal behavior more than anything else, the judge in this case made a questionable bond ruling. Despite the pursuit—and despite pointing guns at police officers—magistrate Millicent Sherman released Jordan and McCormick on a $2,000 personal bond. The bond required no money to be paid upfront.

Sherman has been a 36th District Court magistrate since 2006. And this isn’t the first time Detroit citizens were outraged by Magistrate Sherman’s slap-on-the-wrist rulings. In 2019, Sherman demanded a $5,000 bond for a woman involved in a “reckless, fatal” crash, as shown in the excerpt from social media below.

Contact Judge Sherman and let her know that her actions are placing law enforcement in danger, and compromising the safety of the public.