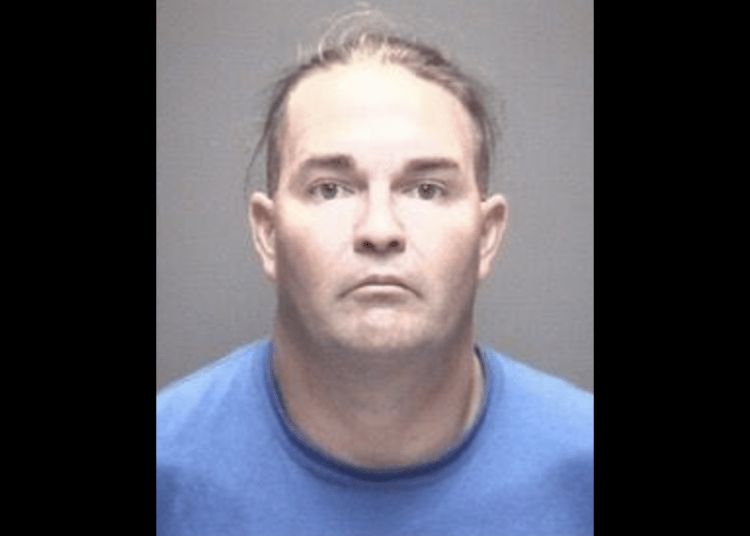 Peter Smith, 46, has been charged with two counts of aggravated assault of a public servant, deputies said.

League City police officers responded to a call in the 2300 block of Hewitt Street, where Smith reportedly began shooting at them, striking one police car, deputies said. Smith had been wearing body armor and was taking cover in a ditch while he shot at officers, police say.

Details about what led to the shootout and to Smith’s arrest remained unclear by late Saturday night, Sheriff Henry Trochesset said. There were no officers reported injured during the gun battle.

“There are a lot of unanswered questions that we may not have answers to until we can interview him,” Trochesset said.

Investigators were initially told that officers were responding to reports of a man destroying mailboxes but are still checking into details, Trochesset said.

Smith sustained several gunshot wounds during the exchange with officers, Trochesset said. It’s not yet clear exactly how many rounds struck Smith, reported The Daily News. Moreover, the report did not indicate what kind of firearm the man used.

The Galveston County Sheriff’s Office is investigating the shooting, according to Trochesset.

John Griffith, spokesman for the League City Police Department, referred most questions about the shooting itself and investigation to the Galveston County Sheriff’s Office.

Officers involved have been placed on administrative leave, pending investigation, per department policy. However, the exact number of officers involved in the shooting remains unclear, according to The Daily News.