Arizona officer shot and killed while responding to call of gunfire

Watch: man takes down suspect running from police with a shopping cart

A Starbucks in Tulsa (OK) had a message for law enforcement that may surprise some.

While story after story has emerged in recent months of negative comments and behaviors from Starbucks employees, Tulsa Police Lieutenant Jason Muse was met with quite a surprise Sunday night when he entered a Starbucks located at 9524 East 81st Street.

As Lt. Muse stood in line, an 8 year old girl asked to pay for his drink and upon receiving it, he noticed “Officer Awesome” written on the cup. 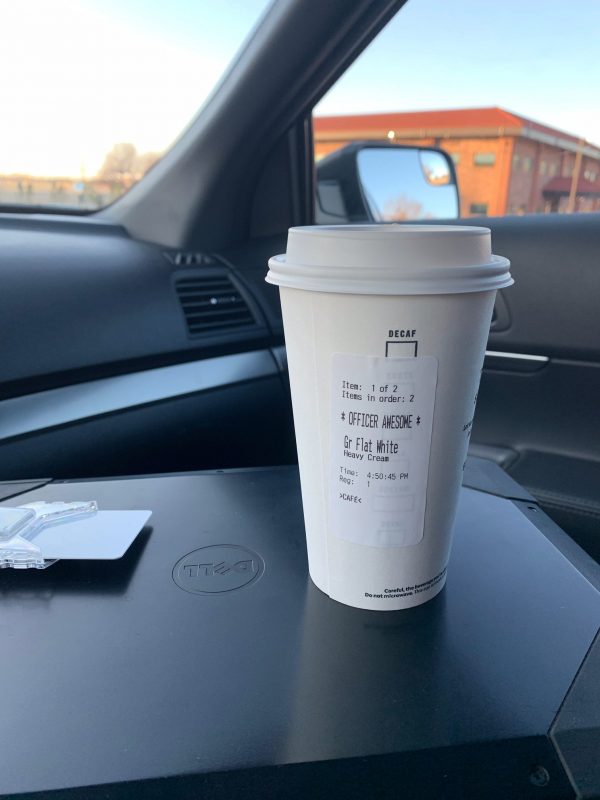 Muse tells Law Officer it was one of the “sweetest and kindest acts” he had seen in quite some time.

The kind gesture is in contrast to what many have become accustomed to from Starbucks.

On Thanksgiving Day, an employee wrote “pig” on a cup given to a Kiefer (OK) officer.  That location was in Glenpool (OK), just a few miles away from the Tulsa location today.

Last July, officers were asked to leave an Arizona Starbucks because a customer complained that they didn’t feel safe.

Today’s incident in Tulsa is probably more than the norm but unfortunately doesn’t always get reported to the public.

What Are Your Thoughts?
Tags: Newsstarbucks

Arizona officer shot and killed while responding to call of gunfire