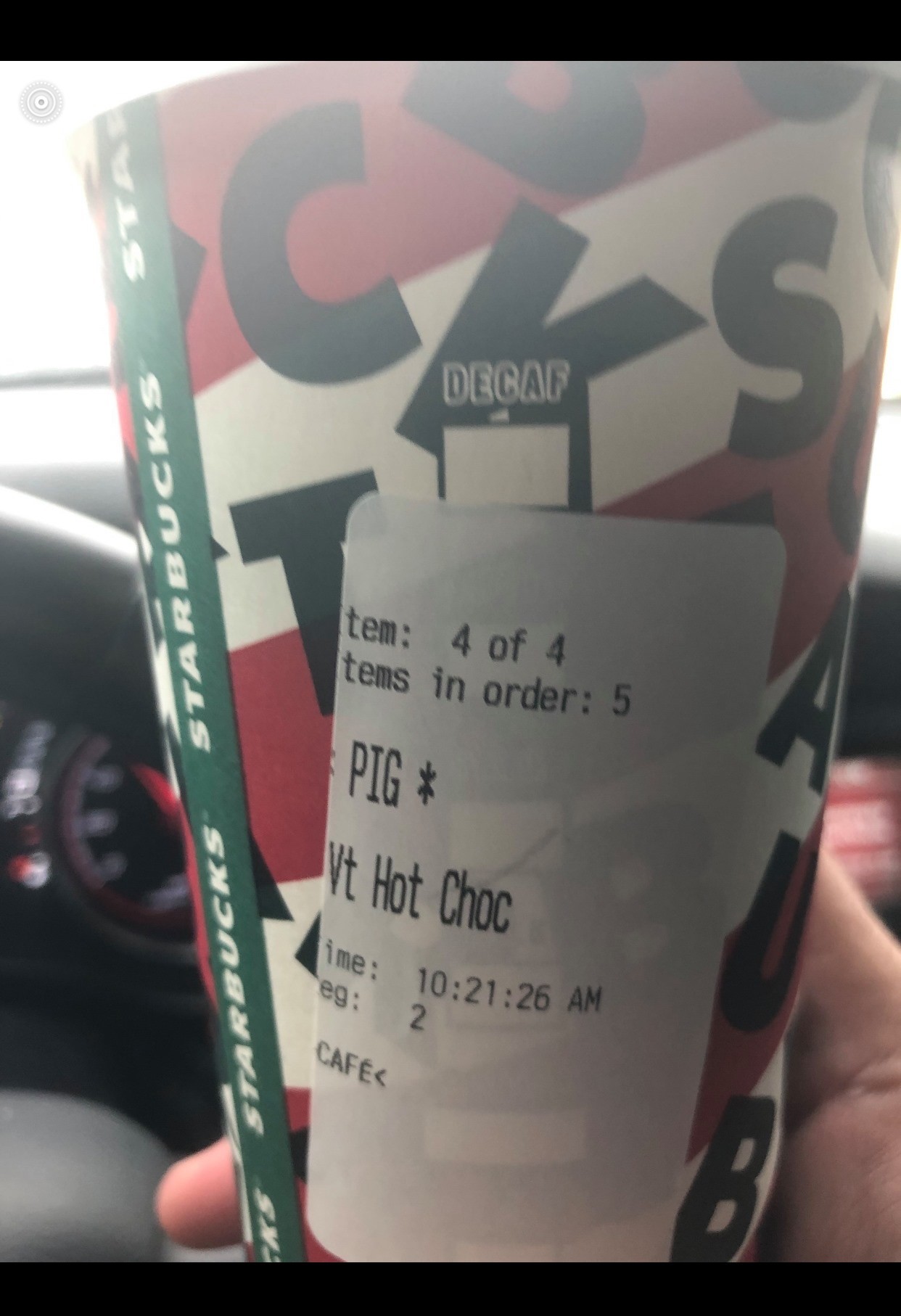 Update: Law Officer was contacted by Starbucks Corporate 24 hours after posting this article. They call this incident “unacceptable” and issued this statement.

Kiefer (OK) Police Chief Johnny O’Mara said one of his on-duty officers went to the Glenpool (OK) Starbucks to get coffee for dispatchers who were also having to work the holiday.

The officer left with five cups of coffee and once outside, the officer saw that each one was labeled “pig.”

“This is what he gets for being nice,” O’Mara posted on Facebook with a photo of one of the cups.

“What irks me is the absolute and total disrespect for a police officer who, instead of being home with family and enjoying a meal and a football game, is patrolling his little town,” the chief said.

“This cup of coffee for a ‘pig’ is just another little flag. It’s another tiny symptom and a nearly indiscernible shout from a contemptuous, roaring and riotous segment of a misanthropic society that vilifies those who stand for what’s right and glorifies the very people who would usher in the destruction of the social fabric. It’s another tiny pinprick into the heart of men and women who are asking themselves more often: ‘Why am I doing this?'”

O’Mara called the store and was told that they would replace the coffee.

Major Travis Yates, the author of “The Courageous Police Leader: A Survival Guide for Combating Cowards, Chaos & Lies“ praised Chief O’Mara for standing up to the corporate giant.

“Law enforcement is having to deal with this vitriol today because of years of politicians, media and cowards among our own agencies that have been unwilling to stand up for the good men and women in law enforcement. Unless we want it to continue and keep affecting every aspect of our profession, including recruiting, every one of us should stand up like Chief O’Mara and defend the very fabric of this fine profession,” Yates told us.

O’Mara continued, “Just pour the coffee, please. Are we at a point where a task as simple as pouring an exceptionally overpriced cup of coffee is so complicated that it cannot be accomplished without “expressing oneself?”

Chief O’Mara closed his comments by thanking first responders for working on Thanksgiving.

“Thank you, first responders, for risking it all this Thanksgiving away from your families. If you’re looking for coffee use a place where you pour your own and you’re certain of what’s in it. Stay safe; go home.”

Share and speak up for justice, law & order...
Tags: coffeelaw enforcementoklahomapolicestarbuckswar on cops