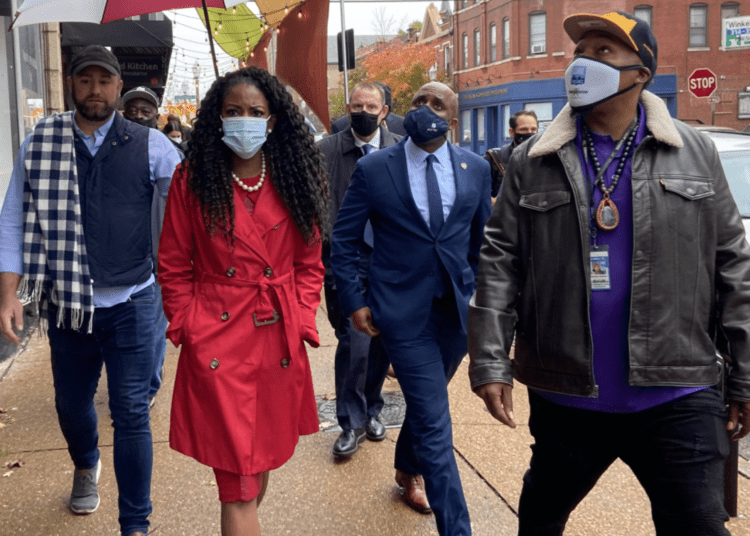 ST. LOUIS — Mayor Tishaura Jones of St. Louis was speaking to reporters outdoors Friday when the sound of nearby gunfire rang out, interrupting the news conference.

“Oh, isn’t that wonderful?” Jones said, pausing briefly with a puzzled expression, before continuing with her train of thought, FOX 2 in St. Louis reported.

“I don’t flinch when gunshots ring out; my son and I often fall asleep to a lullaby of gunshots,” she noted.

I don’t flinch when gunshots ring out; my son and I often fall asleep to a lullaby of gunshots.

Mayor @QuintonLucasKC, Ald. @shanecohn, and I joined survivors and @TheJusticeDept for a neighborhood talk and walk to see community violence intervention programs up close. pic.twitter.com/9PQUHqArtV

“I hear gunshots in my neighborhood every night,” she said, according to KMOV-TV. “I’m the first mayor in over 20 years to be born, raised and still live in north St. Louis, and it’s unfortunate, yes I heard it, but I didn’t flinch because I guess it’s a part of my life now.”

The mayor’s apparent acceptance of this is bothersome to many observers seeking law and order, particularly since Jones is in a position to do something about it. The sound of gunfire is not a “lullaby.”