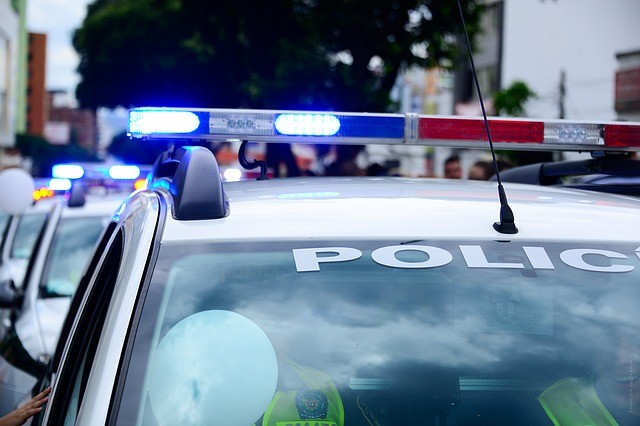 Large “woke” minded cities aren’t the only ones suffering from a lack of staffing due to recruiting woes. The epidemic has even hit small and medium sized departments. The Independence (MO) and New Haven (CT) police departments are some of the agencies that are struggling to fill vacancies.

Independence Police Officer Jack Taylor told Fox News Digital that in his 20 years of service, he has never seen this many vacancies.

Independence police have followed many larger agencies and pulled officers from specialty units to fill the gaps in the streets.

Officers from the patrol unit are “the ones that go answer 911 calls and calls for service from citizens,” Taylor explained. “We have to make sure that that’s adequately staffed, and we don’t have those people.

“The other units in the department tend to suffer because of that,” he added. “It kind of trickles down to the community not getting the type of service that we’d like to provide.”

As a result of officers being moved to the patrol unit, Taylor said, “there’s less detectives there to investigate your case.”

Travis Yates is the author of “The Courageous Police Leader,” and has trained thousands of officers across the country in the last two decades. He has written and spoke extensively on the issue of police recruiting and he tells Law Officer that the profession is on the brink of “utter and complete disaster” if recruiting doesn’t change quick.

While Yates tells us that law enforcement has rightfully blamed the anti-cop rhetoric on the recruiting problems, he says that it’s time the profession take control of the problem rather than simply talking about it.

“I have no doubt that many agencies are doing everything they can to recruit candidates but we can no longer rely on traditional recruiting methods and we most certainly must stop thinking that this is some temporary issue that will self-correct itself in time,” Yates said.

Yates says that many agencies are willfully spending money to attract candidates but they reflect more of a marketing campaign rather than actual recruiting.

“I don’t care how much you spend, nothing will be able to counter the damage that politicians, poor leaders, and some activist groups have done to the profession,” Yates reiterated.

“Recruiting is a specialized endeavor and its success is only determined by more recruits. Meanwhile, we are spending money on more website clicks or fancy promotional videos and while there is a place for that, actual recruiting takes so much more,” he said.

Yates, a current police commander in a major city, calls it a “mistake” to think that a few cops designated as recruiters can fix the problem.

“I’ve served as a recruiter and I’ve led recruiting teams. These men and women are doing the best job that they can with what they are given and what they know and while that may have worked in the past, it will never work again and the quicker we all come to that realization, the better off our communities will be,” Yates lamented.

Yates calls for a multi-dimensional approach to law enforcement recruiting that never takes a day off and operates every day of the year.

“Recruiting should be targeted and it should be automated by leveraging all of the technology tools that professional recruiters use in the private sector and every law enforcement leader that spends money on this, should be able to see in real time what the results are and the success must be evaluated on the return on investment (ROI) rather than we spent some money and tried a different approach,” he says.

If you have read any of what Travis has previously written in recruiting, you no doubt heard him discuss SAFEGUARD Recruiting. When he first mentioned it, it caught our attention here at Law Officer and we believed in them so much we offered them free advertising so that agencies that are struggling can get the much needed help that they need.

SAFEGUARD has adopted Yates’ recommendations and they have expanded on them at a level that has proven to be very successful for their clients.

Most importantly, they are helping communities ensure that their safety is secure by providing the staffing that is so badly needed within their law enforcement agencies.

We Have Never Recruited Cops

Why Your Online Recruiting Campaign Is Not Working

What We Can Learn From Military Recruiting