SAFEGUARD Recruiting Is The Answer 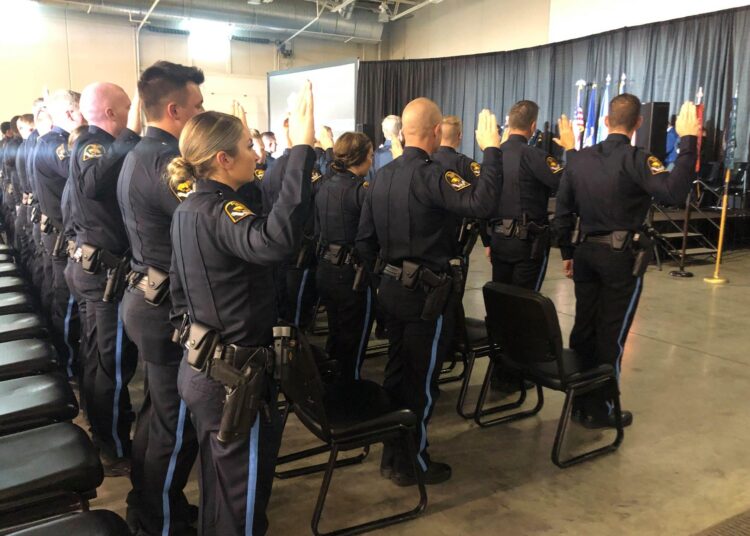 The problem with law enforcement recruiting has been well documented in recent years and it’s been easy to blame the rhetoric and the politics of “defund” the police. We first heard about a new way of recruiting after reading “The Courageous Police Leader” last year and after speaking to the author at length, we set out to find a company that could mirror his sentiments.

Author and Trainer, Travis Yates, told us that it has become far too easy to blame others for the recruiting woes in law enforcement. More than a decade ago, he had identified several shortfalls in the way law enforcement recruited and after speaking with business leaders in other industries, he predicted long ago that this day was coming. The problem as Yates said was that “no one was listening.”

The recruiting problem has now become a crisis in America and it is not just a 2020 problem. It will continue to be a problem unless law enforcement changes the way they actually recruit. Frankly, we had given up that anyone would move in that direction despite the obvious signs.

Then we discovered SAFEGUARD Recruiting.

SAFEGUARD Recruiting is not a paid advertiser but it is one of the few companies we have not only endorsed but we are trying to actively tell others about it because we know that it is the answer.

We recently interviewed the president of SAFEGUARD Recruiting, Doug Larsen. Larsen is a retired police officer after more than two decades of service. He first saw the success in his unique recruiting strategy in the trucking industry. They are facing similar recruiting problems that have significantly impacted the supply chain and Larsen put together a team of experts in technology along with those that knew the trucking business and had tremendous success.

SAFEGUARD Recruiting is that philosophy that he has applied to law enforcement and other first responder agencies.

That philosophy is two fold. First, Larsen and his team builds an online campaign and targets candidates that the department desires. This can be done in specific areas of the country and placed in front of the exact profile that the agency wants. Online advertising is not new and there are a ton of general advertising companies breaking into law enforcement recruiting but SAFEGUARD thrives on staying ahead of the algorithms while utilizing their knowledge of law enforcement. More importantly, they are here to stay rather than an advertising company that may specialize in one area but entering law enforcement on a temporary basis.

The second part of Larsen’s ideology is both brilliant and impactful. While most agencies wait until they need recruits to start a campaign, which takes a significant amount of time and energy, SAFEGUARD Recruiting offers a mentorship program where they use the same technology to find immediate recruits and they go after potential candidates that may be years away from becoming a police officer.

Larsen, a huge sports fan, describes it as a similar model to college athletics.

“It is not unusual to see the top high school athletes contacted by major schools when they are fourteen or fifteen years old and that is done to simply build a relationship with a candidate through a long period of time so that when the time comes for their decision on a college, it is that relationship that just may make the difference,” Larsen told us.

While SAFEGUARD Recruiting thrives in finding immediate candidates, Larsen knows that to fix a long term problem, a long term solution is needed.

“We know this works,” Larsen said. “Why let a high school or college kid search on their own for information when the agency can send them everything they need along the way,” says Larsen.

While agencies can simply be given e-mail and phone contacts for these potential candidates, SAFEGUARD Recruiting can do the work for them and that is why we believe this is a game changer in law enforcement recruiting.

Imagine a targeted online campaign to 18 year olds that are interested in law enforcement in a specific part of the country that the agency wants to recruit in. SAFEGUARD collects those contacts through their technology and then partitions that group for a specific agency. Once a month, the candidate receives a pre-built e-mail or text, using proven marketing strategies, that places the agency in front of them each time.

As the candidate gets within a year of being eligible, the strategy shifts from relationship to recruiting.

Larsen describes a series of informational e-mails on why the agency should be considered while highlighting everything the agency has to offer. As the candidate gets close to eligibility, they would start receiving tips on how to succeed in testing including fitness plans, etc.

You can find out a lot more on their website and we encourage you to contact them. While the cost varies, depending on the needs of the agency, we are certain that any cost is worth great candidates and a fully staffed department.