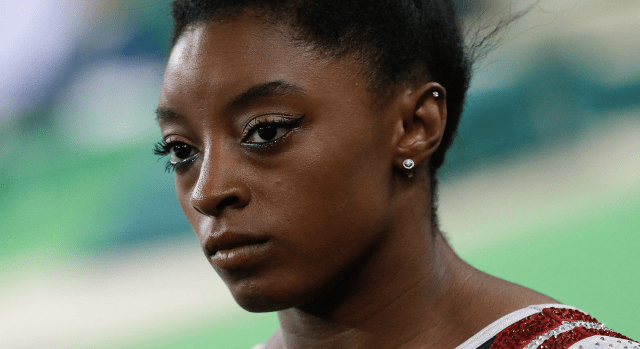 Olympic gold medalist Simone Biles is in pain. Monday, she broke her silence following the recent arrest of her estranged brother, who was charged with murder in a New Year’s Eve triple homicide in Ohio.

Biles, 22, tweeted about the arrest of her brother, Tevin Biles-Thomas, that she was still “having a hard time processing last [week’s] news.”

“My heart aches for everyone involved, especially for the victims and their families,” Biles wrote. There is nothing that I can say that will heal anyone’s pain, but I do want to express my sincere condolences to everyone affected by this terrible tragedy. I ask everyone to please respect my family’s privacy as we deal with our pain.”

Biles-Thomas, 24, was arrested and charged with multiple counts of murder, involuntary manslaughter and felonious assault and one count of perjury, said the Cleveland Division of Police and the Cuyahoga County Prosecutor’s Office on Thursday.

Investigators said a Cleveland apartment operating an Airbnb was hosting a New Year’s Eve party when an “uninvited group” entered, according to WKYC-TV. An incident then occurred and gunshots were fired, leaving three people dead. Police believe Biles-Thomas is the shooter.

Biles-Thomas is set to be arraigned on Sept. 13, reported Fox News.

Biles and her brother did not grow up in the same home—the gymnast was raised in Texas and Biles-Thomas in Ohio. According to The Washington Post, Biles was born in Ohio but she and her three siblings were placed in foster care as their mother struggled with addiction.

Biles’ grandfather adopted her and her sister when they were young and raised the two in Texas, according to CBS News. Biles-Thomas and their other sister were adopted by their great aunt and raised in Ohio.

Former MLB prospect found guilty of killing 3 men, including his father and uncle

What to do with paralyzing fear

Mother sang to young children as she smothered them, police say