A Reward Is Being Offered 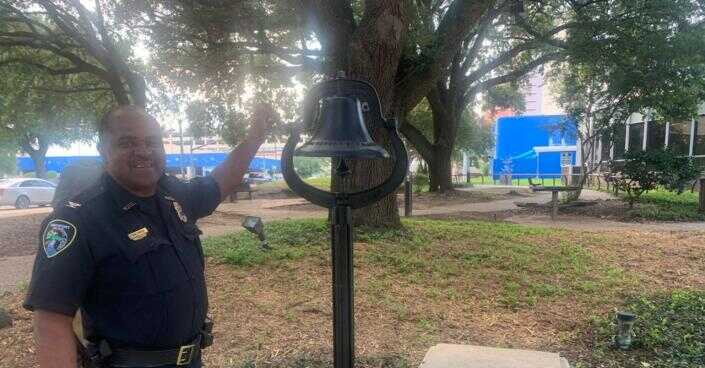 SHREVEPORT, LA. — A reward is being offered for information that leads to the arrest of whomever took the bell from the police and fire memorial on the Shreveport riverfront.

There have been several instances of vandalism at the memorial over the past several months, authorities report.

KSLA reports that members of River Bend Rotary Club, who maintain the grounds, help remove the graffiti. Police Chief Wayne Smith and on- and off-duty officers assist with cleaning up behind the vandals.

The Rotary Club donated the bell as a symbol of appreciation for firefighters and police officers that have made the ultimate sacrifice.

“The ringing of the bell represents the end of the emergency and the return to quarters, and is usually three rings of the bell, three times,” says a statement from the city.

Anyone with any information about the bell should call Shreveport police at (318) 673-7300. Or contact Caddo-Shreveport Crime Stoppers by calling (318) at 673-7373, using the organization’s website or using the P3 Tips app to provide information anonymously.