The Houston Police Department is now conducting a criminal investigation 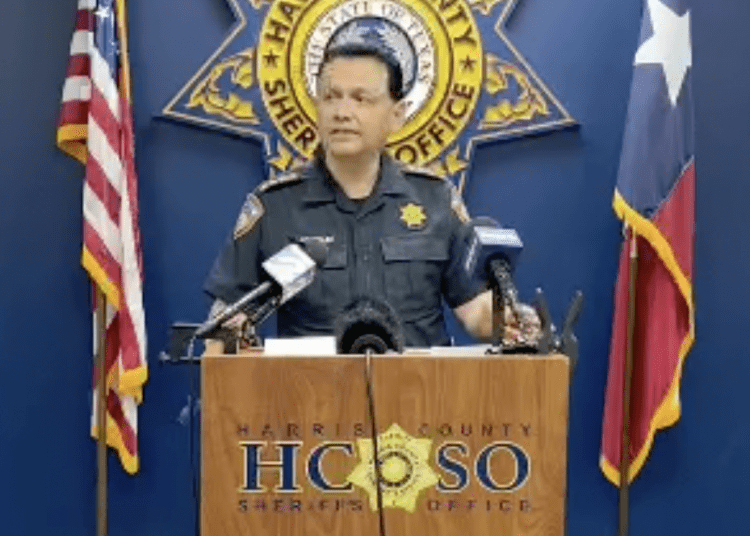 HARRIS COUNTY, Texas — In Harris County, Texas, Sheriff Ed Gonzalez has fired 11 department employees and suspended six others without pay this week after an investigation revealed that an inmate’s February death was ruled a homicide.

On the morning of Feb. 16, Jaquaree Simmons, 23, clogged his toilet with his clothes. After officers went in to clean the flooded cell they returned him to confinement stripped of clothing, a policy violation that was allegedly not reported. The inmate had been booked into jail on weapons charges a week earlier, according to Houston Public Media.

According to an Internal Affairs investigation, later that night, a detention officer reportedly hit Simmons in the face after he threw his meal tray at the officer and charged at him. When more officers were called in to take him for a medical evaluation, they hit him multiple times in the head, according to Diaz, who led the internal investigation.

Although Simmons had cuts to his face, he told a jail doctor he didn’t have any pain. As a result, he was returned to his cell. He was later found unresponsive at noon on Feb. 17 after officers failed to return him to the clinic for follow-up X-rays, Diaz said. He was later pronounced dead at a hospital, Fox News reported.

Medical examiners ruled Simmons’ death a homicide from injuries to his head. The Houston Police Department is now conducting a criminal investigation into what occurred, according to Houston Public Media.

Press conference on the findings of an Internal Affairs investigation into the February 17th death of Jaquaree Simmons inside the Harris County Jail. #hounews https://t.co/T9WfyDsNHm

Sheriff Gonzalez said Friday that he terminated 11 employees and suspended six others without pay following the three-month long Internal Affairs inquiry. The terminated employees “betrayed my trust and the trust of our community,” in their treatment of Simmons.

According to Diaz, the investigation revealed that detention officers failed to do visual checks of the inmates in the cell pod where Simmons was housed from Feb. 15 until the moments before he was found in his cell Feb. 17. Usually, these checks are done electronically, but the system was down due to the massive winter storm, which paralyzed much of Texas, according to authorities.

“They abused their authority,” Gonzalez continued in his condemnation. “Their conduct toward Mr. Simmons was reprehensible. They showed complete disregard for the safety and wellbeing of a person they were directly responsible for protecting. They escalated rather than de-escalated the situation. Their conduct was unacceptable and inexcusable and their acts discredit them, the sheriff’s office and their fellow employees. None of them deserve to wear the Harris County Sheriff’s Office Patch ever again.”

The fired officers violated department policies that included excessive force, failing to document the use of force, not intervening when a fellow officer used force and making false statements to investigators, Diaz confirmed, according to Fox News.

Furthermore, Gonzalez cautioned the suspended personnel. He said that unless they “exhibit immediate and consistent compliance with and adherence to all sheriff’s office policies,” they could face further discipline or termination.”

The sheriff publicly addressed the mistreatment of Simmons as he explained the actions being taken by the agency.

“I understand that these disciplinary actions in no way make up for what happened to Jaquaree Simmons inside our jail,” he said. “But I owe it to him, to his mother, and to our community to do everything in my power to ensure those who had a hand in it are held accountable.”