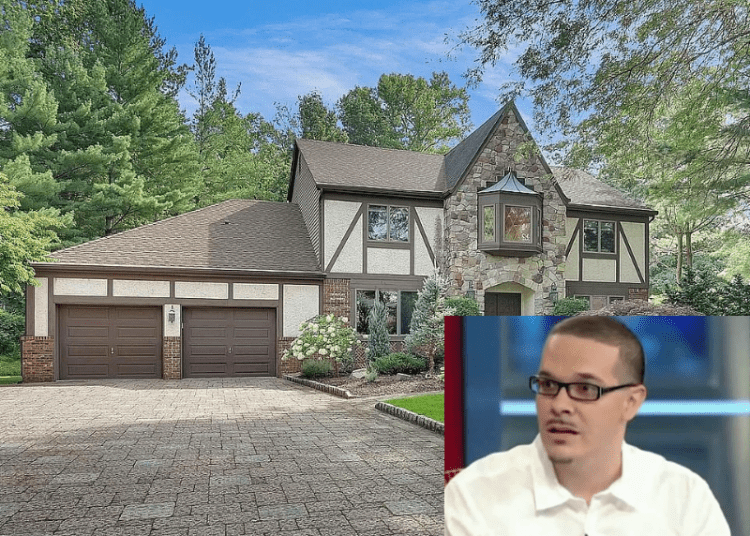 New Brunswick, New Jersey – Controversial activist Shaun King joins other Black Lives Matter leaders with his recent housing upgrade. The Daily Mail reports that he has swapped his two-bedroom apartment in New York City for a luxury five-bedroom luxury home on a New Jersey lakefront. King, 41, has long been a controversial figure in the Black Lives Matter and criminal justice reform movements after his race was questioned while being plagued by accusations of shady dealings King’s career has also been plagued by accusations of insincere motives and deception from his shady dealings.

King is known widely in the law enforcement community because he has been known to deceive his audience about policing matters. In 2018, he pushed a story about a state trooper sexually assaulting a woman but that was later discredited by body camera footage.

In June, the mother of Tamir Rice, a black 12-year-old who was shot and killed by a white police officer in Cleveland in 2014, took to Instagram to blast King for profiting off of her son’s death and brand him an ‘imposter.’ The post came after King – who raised as much as $60,000 for Tamir’s family after his death without their consent – posted a new podcast to his website titled ‘I spoke to Samaria Rice this past week.’ 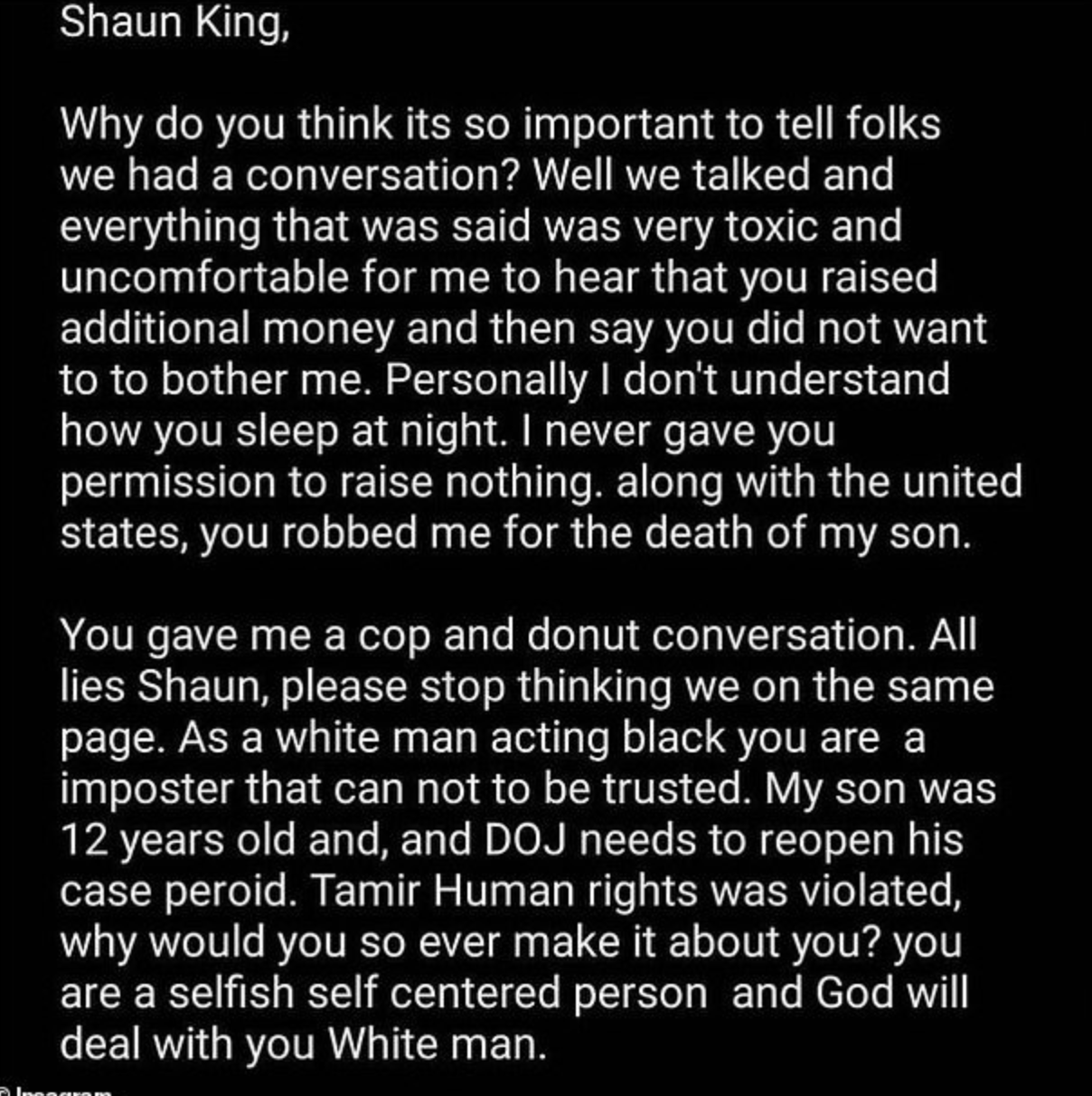 King held an online fundraiser for the Rice family, but attorneys for the family said at the time they had not spoken to King and did not know who he was.

Following the unauthorized online fundraiser by King, a court then seized the money on behalf of the family, the Washington Post reported in 2015. The money was eventually placed into Tamir Rice’s estate. 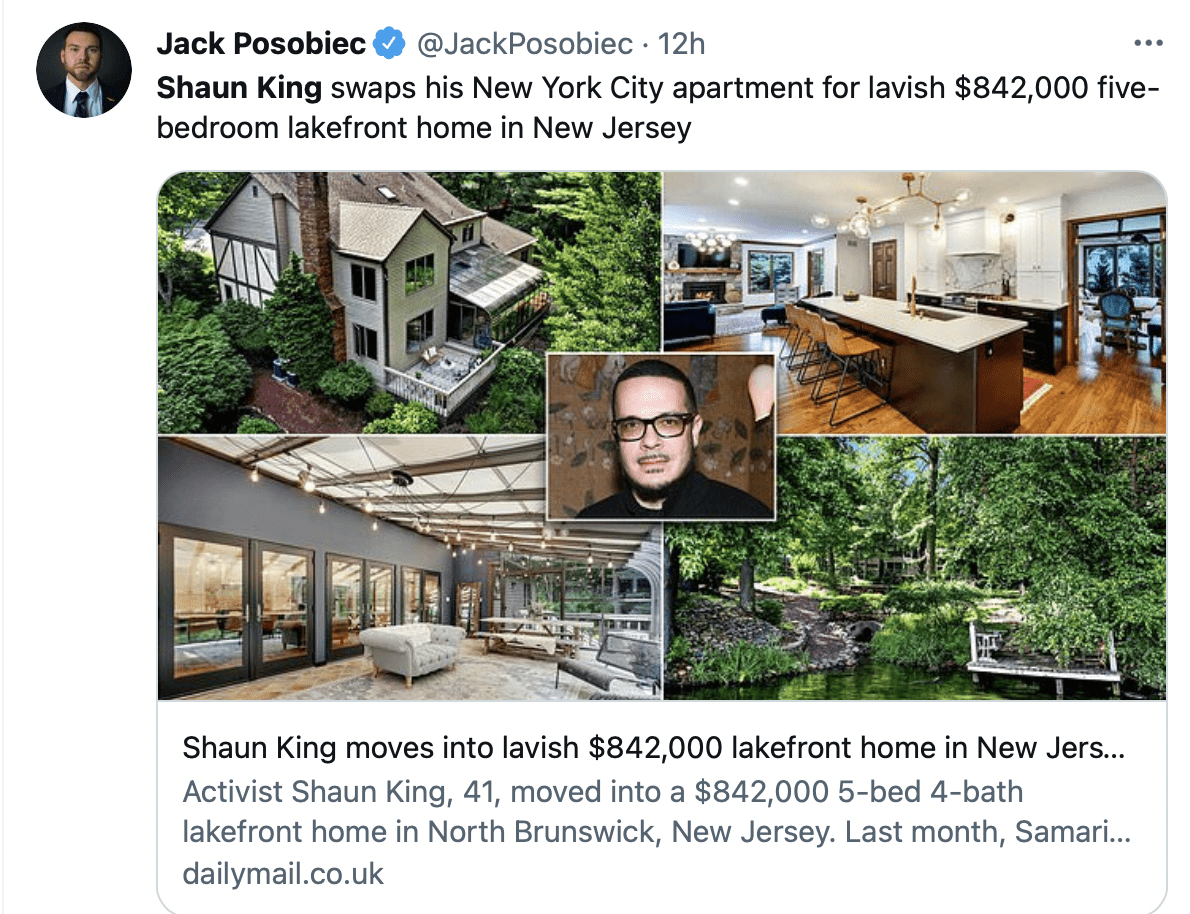 He was also accused by the Proteus Fund of failing to return or explain where its donation to Justice Together, an anti-police brutality group King founded, went after the initiative was abruptly disbanded in 2015. The New York Post reports that a woman had donated $50 a month to another entity King founded, claims his “Justice, That’s All” group continue to charge donors monthly even after it disbanded in the summer of 2015.

“I just wanted to know how he was using the funds that had been auto donated,” tweeted the donor, Javachik, in 2018. When she asked King directly on Twitter, he blocked her. “And then for the next month, my mentions were filled up with people calling me racist, a b—ch, etc.”

King’s race continues to be a source of controversy after an investigation revealed that the activist’s birth certificate showed that his father was white. King rejected the claim and argued that the man listed on the certificate was not his biological father.

In 2016, Journalist Jason Whitlock went after King when he alleged that Quarterback Peyton Manning sexually assaulted a young woman while attending college at University of Tennessee.

“The guy that wrote this story for the New York Daily News, he’s not a journalist…He’s a race hustler from Twitter, from the Black Lives Matter movement who stirs racial controversy to elevate himself. Listen, the guy’s been busted. First of all, he’s white and presenting himself as black. He said that as a child in high school he was allegedly attacked by a group of white people because he was black. Well, he wasn’t black and there were people saying that wasn’t why he was attacked and there’s no proof of it.”

Regardless of the controversy, King seems to be doing well for himself. The new property was purchased by King’s wife in November 2020 for $842,000.The home is above the average $217,500 home value in New Brunswick and is surrounded by lush, tall trees sitting on Farrington Lake. It has ‘a lakefront backyard’ and gourmet kitchen, according to public records.

In May, Black Lives Matter Co-Founder Patricia Cullors left the organization amidst her own financial controversy after it was reported that she purchased multiple homes totaling 3.2 million dollars.