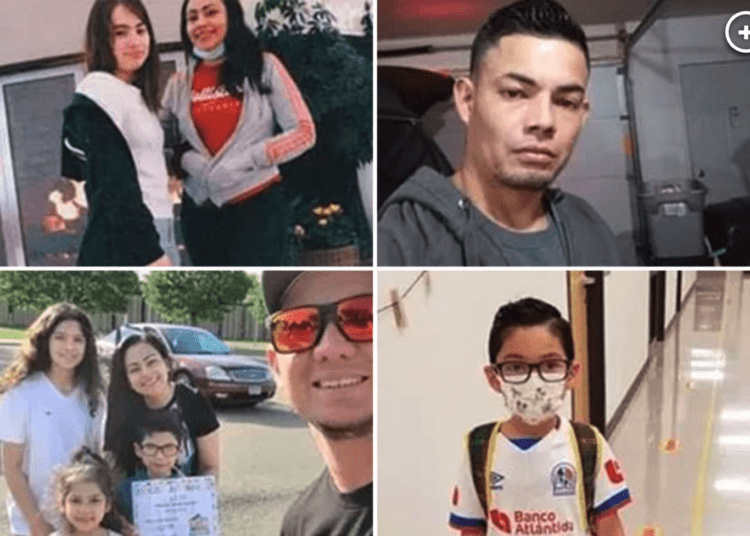 Seven relatives who were discovered dead in a Minnesota home over the weekend died from carbon monoxide poisoning, authorities confirmed Wednesday.

The Honduran immigrants were found inside bedrooms at their home in south Moorhead on Saturday night. Investigators say the deaths were likely accidental exposure to the poisonous gas, the New York Post reported.

Blood samples from the victims showed a lethal level of carbon monoxide, according to the Ramsey County Medical Examiner’s Office.

“There’s no indication of any kind of criminal activity,” Police Chief Shannon Monroe said during a press conference on Wednesday.

“Unless we find something else yet later in the investigation, right now it’s pointing toward some type of accidental situation.”

Investigators are looking at either the home’s furnace or a van in the garage as the source of the deadly gas.

MOORHEAD, Minn. — The bodies of seven people were discovered inside a twin home in a Moorhead, Minnesota on Saturday. It was not immediately apparent how the victims died, including three children.

The victims were found just before 8 p.m. on Saturday by family members conducting a welfare check at the home. Fox News reports that there were not any signs of violence or forced entry into the residence.

This is an absolute horrible tragedy, made even more poignant since it is close to the holidays,” Moorhead Mayor Shelly Carlson wrote in a statement sent to the Star Tribune. “My heart aches for the family and friends who received this devastating news over the weekend. Our community mourns with them during this heartbreaking time.”

The autopsy results ruled out any obvious trauma as the cause of death. Blood samples from the 4 adults and 3 children have been transported to a lab for further investigation according to Fox 9.

The victims found inside the home on were residing at the address. They have been identified as:

The Moorhead Police Department announced that the investigation is still active.

Moorhead is on the Minnesota border next to Fargo, North Dakota.

Share and speak up for justice, law & order...
Tags: Minnesotamoorhead