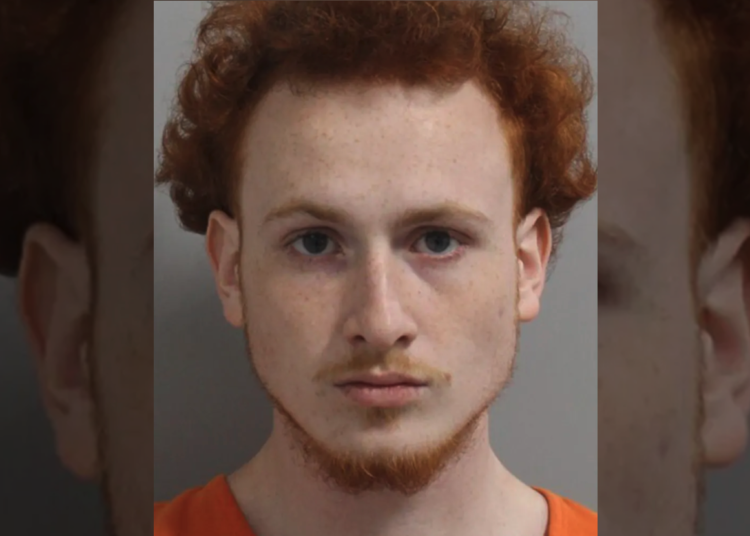 Seth Settle, 19, was arrested and charged with second-degree murder in the death of his mother. (Polk County Sheriff's Office)

LAKE WALES, Fla. – A Florida teen was arrested and charged will killing his mother in their Florida home this week after an argument, according to reports.

The homicide took place shortly after Settle’s father left for work and authorities received a call from an older brother who found the woman collapsed in their residence about 9:30 a.m.

Investigators did not immediately suspect foul play since there was no blood found in the home, or any obvious injuries that anyone had noticed on the victim.

However, by the time Settle’s father had picked up his daughter from school and returned home, he was informed that his wife had died.

Polk County Sheriff Grady Judd said after the mother had already been pronounced dead at the hospital, a nurse noticed what appeared to be puncture wounds on the victim’s body, FOX reported.

It turned out, she had been shot through the heart. She did not bleed out because her heart immediately stopped when the bullet went through, according to the sheriff.

After the shooting, Settle fled, but later confessed to detectives that he was responsible for his mother’s death.

During a press conference Friday, Judd said – by all accounts – the 52-year-old victim was “the most wonderful mom in the world” and the family was regarded as nice and hard-working.

According to the sheriff, Settle claimed he was depressed and had been holding a gun to his own head before his mother entered his bedroom.

Settle claimed the weapon unintentionally discharged when he went to lower it.

However, the sheriff said his deputies believe Settle shot his mother through the door on purpose out of anger.

“The only people that are more shocked and stunned by this in law enforcement are the immediate family. No one could see this coming,” Judd said.

Judd said it appears the 19-year-old illegally purchased the firearm from an individual.

Settle was charged with second-degree murder, tampering with evidence, five counts of providing false information to law enforcement and discharging a firearm on a residential property, FOX 13 reported.