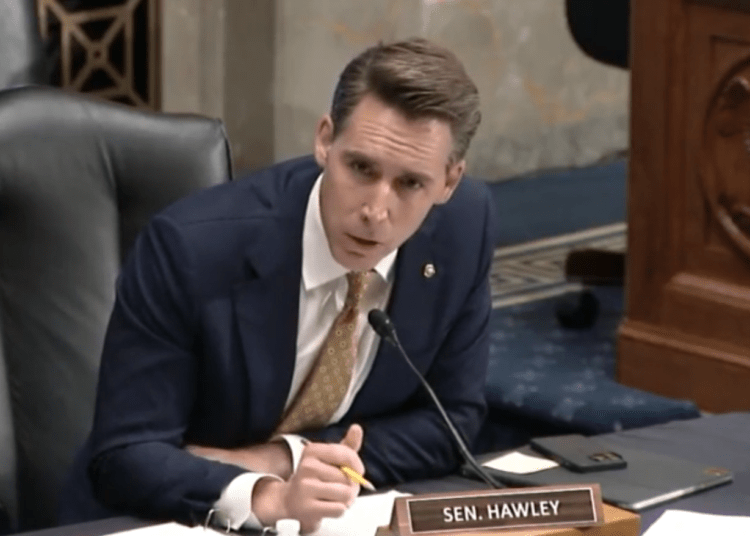 WASHINGTON, D.C. – In revealing testimony that should shock the conscience, yet it’s approved by the Biden Administration, Transportation Security Administration (TSA) Administrator David Pekoske told Republican Senator Josh Hawley of Missouri on Thursday that roughly 1,000 illegal immigrants have been allowed to use their arrest warrants as valid ID’s for travel.

In what has to be considered pure idiocy, Pekoske said that the TSA isn’t “looking at whether a person is legal or illegal in the country” because they only look at “people who may pose a risk to transportation,” the Post Millennial reported.

As the exchange continued, Hawley asked Pekoske, “So your position is someone who is known to have violated the laws of the United States does not thereby need enhanced screening?”

Pekoske’s response: “Sir, there are people who violate the laws of the United States every day who fly.”

Continuing, “You read that correctly, and it’s not a joke. Individuals who entered the country illegally can offer ‘arrest warrants’ as valid identification to board a flight in the United States.”

This is so absurd it seems like satire from a Saturday Nigh Live skit, but these people are serious.

Pekoske said, “TSA is committed to ensuring that all travelers, regardless of immigration status, are pre-screened before they arrive to the airport, have their pre-screening status and identification verified at security checkpoints, and receive appropriate screening based on risk before entering the sterile area of the airport.”

Hawley chided Pekoske, “And you don’t think someone who is, by definition, somebody who presents a warrant for arrest. You don’t think that that necessitates enhanced screening?”

The TSA administrator confirmed that many of those illegal immigrants will not be questioned by a Federal Security Director and hundreds have been allowed to fly.

While speaking to Tucker Carlson Thursday evening, Hawley said, “It is utter and total contempt that this administration is showing for the law-abiding citizens of the United States. What they’re telling us is waiting the longest lines ever, be treated to all kinds of random inspections and invasive procedures and have your stuff confiscated, but if you’re an illegal alien, and you have committed a crime, oh, and you have an arrest warrant, come right to the front of the line and get right on the plane.”

Tucker Carlson: "Today the director of the TSA admitted that hundreds of illegal aliens were allowed to board airplanes just by showing their arrest warrants."

TSA agent arrested after tricking traveler into showing her breasts