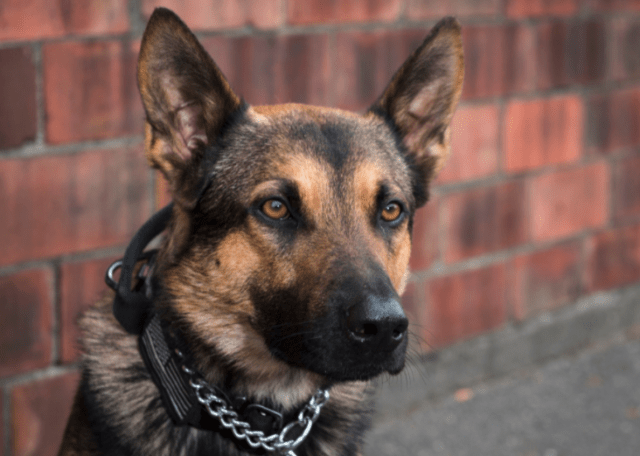 K9 Jedi of the Seattle Police Department was fatally stabbed on Wednesday by a fleeing felon. (Image via Post Millennial)

SEATTLE — A man was fatally shot by officers of the Seattle Police Department after the suspect stabbed and killed a police service dog during an attempted apprehension.

K9 Jedi was stabbed to death in the line of duty while assisting officers pursue a suspect wanted for burglary, the Post Millennial reported.

The Seattle Police Department confirmed that officers fatally shot the suspect after K9 Jedi was stabbed by the fleeing felon.

Police shot and killed a burglary suspect in South Seattle on Wednesday after he fatally stabbed a police dog and injured an officer during a struggle.

Around 2:45 PM, the resident of a home in the 2200 block of South Eddy called 911 and reported a man armed with a knife was breaking into their home.

A K9 team arrived on the call, saw the suspect, and began pursuing him as he fled on foot.

In the 6700 block of Swift Avenue South, a police dog engaged with the suspect. The suspect then fatally stabbed the dog and injured an officer in an ensuing struggle.

Another officer arrived on scene and fired at the suspect, fatally striking him.

The Force Investigation Team will investigate the officer-involved shooting. Representatives of the Office of Police Accountability and the Office of Inspector General also responded to the scene.

Per policy, the department will release video of the incident within 72 hours.

The death of K9 Jedi has had a deep impact on officers. One of them shared his memories of their beloved four-legged partner with the community group Safe Seattle.

“[H]e was just a happy guy. I’m lucky enough to get to pet and treat the K9s. Out of all the SPD pups, Jedi was just my favorite because of his happy goofy personality. I mean I’ve worked a bunch of stuff with him where he chased the bad guy, got a guy with gun, saved a DV victim- but no matter what his handler asked of him, he was intense until he wasn’t. Then he was all play and – shhhh don’t tell anyone – but he was a pretty great snuggler, too. There are lots of videos of Jedi in action, but no one knows his dark secret love of the spot just above his tail scratched.”

A procession was held to escort K9 Jedi’s body from the scene, PM reported.

SPD did not provide the identity of the deceased suspect.