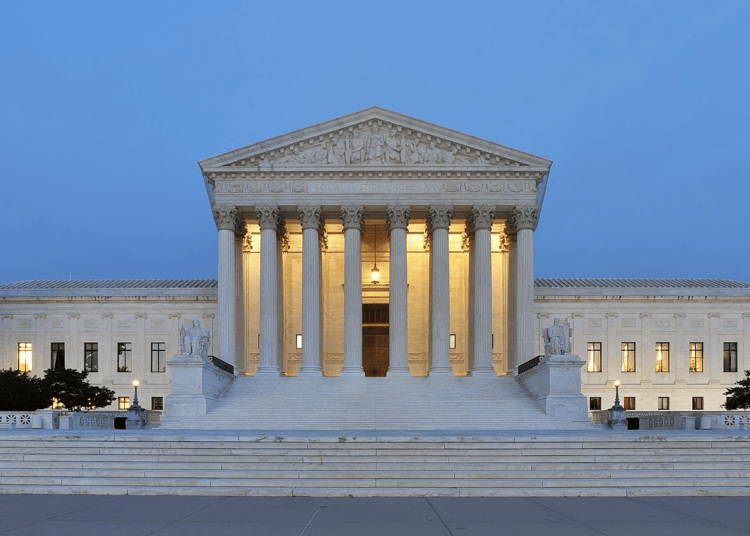 WASHINGTON – The U.S. Supreme Court on Wednesday balked at the “hot pursuit doctrine” (aka “fresh pursuit doctrine”) which is relied upon by law enforcement officers when chasing criminal suspects who enter a home during their flight from authorities. SCOTUS declined to give police the automatic warrantless entry into a residence when they’re in fresh pursuit for a misdemeanor crime, ruling against an officer who arrested a man for DUI after maneuvering under his garage door.

The legal focus involved a California police officer who attempted to stop an individual about 100 feet away from the man’s driveway. The driver did not yield, but rather entered his garage and closed the door, claiming he did not see the patrol car behind him. The officer maneuvered his way into the garage, questioned the man and ultimately arrested him for DUI.

The highest court in the land issued a unanimous decision, USA Today reported.

Police are generally required to have a warrant to enter someone’s home under the Fourth Amendment’s prohibition on “unreasonable searches,” but there are exceptions. “Hot (or fresh) pursuit” of a suspect has been an exception when chasing a person who has committed a crime. However, in the specific focus of this case, police could point only to his failure to stop, a misdemeanor. As a result, the justices ruled in this instance that “fresh pursuit” would not qualify.

Five state supreme courts had held a misdemeanor pursuit justifies a warrantless home entry and three state courts and two federal appeals courts said the issue must be reviewed on a case-by-case basis.

The case came to the Supreme Court after the California Supreme Court declined to hear it, allowing a lower court’s ruling that sided with police to stand, according to USA Today.

Civil liberty groups view the case as a victory since it limits police powers in regard to misdemeanor offenses. However, organizations combatting DUI believe the decision will allow impaired drivers to escape punishment by simply pulling into a private space and sobering up while police wait outside to obtain a warrant, which is typically not feasible.