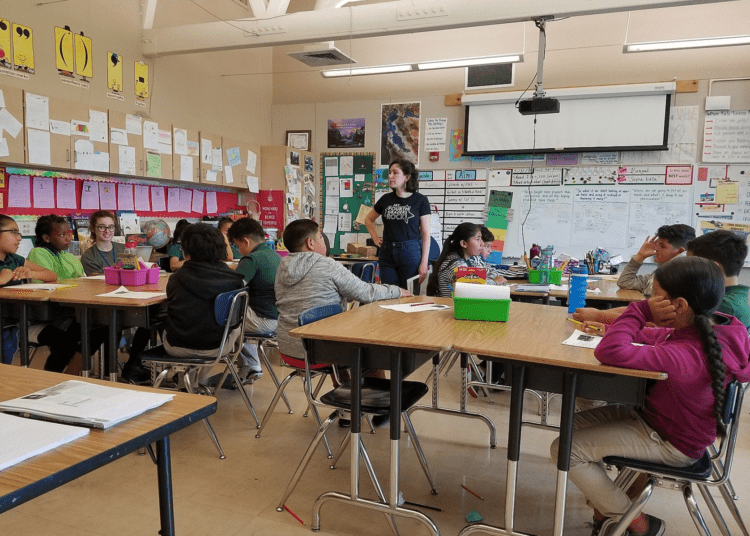 It seems odd that they don’t, right? But, with the powerful teachers’ unions, that’s not going to happen anytime soon. Still, there are some commonalities between these professions. The most crucial is all four hold positions of high degrees of responsibility that directly affect other people’s lives.

You want to minimize the possibility of cops, firefighters, and military members not having the psychological health required to thrive in such critical positions. Shouldn’t teachers also show they have the psychological vigor to deal with children properly?

Get ready to wrap your minds around this story Betsy highlighted. According to Mia Ashton at The Post Millennial, “An elementary school teacher in Indiana was arrested on Thursday after telling one of her 5th grade students that she had made a ‘kill list’ targeting students and staff members.”

According to The Post Millennial, “Angelica Carrasquillo-Torres, a Grade 5 teacher at St. Stanislaus School in East Chicago, reportedly mentioned the list to one of her students around midday on Wednesday. However, police were not called until later that afternoon.”

The school, as reported on Facebook by the East Chicago (IN) Police Department —eventually—told them that a student reported to a guidance counselor that his/her teacher said she’d made a list of school students and staff she wanted to kill before killing herself. She also told the student, “he/she was on the bottom of that list.”

The teacher was escorted to the principal’s office, where she admitted to making the statements to the student. She also “confirmed that she did have a “kill list.” Then the principal told the teacher “to leave school and not return pending an investigation.”

Yes, you read that right. The principal had just learned that the teacher created a “kill list” of students and staff, which she admitted to, and they let her leave the school.

And here’s what we call the kicker: the school didn’t call the police for another four hours. A teacher essentially threatened to kill school staff and students and then commit suicide, and the school gave her four free hours in which to act if she wanted to. Fortunately, she chose not to. But that didn’t make the parents feel much better.

“Fox News reported on the frustration felt by parents due to the school’s handling of the situation.” One parent told Fox, “The original email that we received last night had no information of what was going on other than there was an issue in that specific classroom. We knew nothing and we went about our normal [school] days like nothing was wrong.”

Showing where the school officials were coming from, they defended their handling of the situation by citing “misinformation,” which has become a leftist euphemism deployed whenever they disagree with what someone has said.

This brings us back to Sgt. Smith’s observation. Should teachers (and administrators, while we’re at it) be required to take a psychological exam before being allowed into such an intimate setting with our children? It seems there’s a good argument for it.

It sure seems worth a discussion. And, as we’ve seen on recent news reports, some teachers have engaged in some pretty whacko behavior, even if it, thankfully, falls well short of a “kill list.”

Still, while teachers share some similarities with police, fire, and the military, some significant differences exist. To varying degrees, the latter professions tend to be politically conservative, while the former tends toward leftist politics.

For example, while it is largely illegal in the U.S. for police, fire, the military, and public-school teachers to strike, teachers (especially in states like Washington) violate the law and go out on strike regardless—and most often with impunity. Police, fire, and the military never strike.

Incidentally, if there was ever a group of Americans with a good reason to strike, it’s the cops.

Rather Than Cops Reflecting Community Demographics, Communities Should Strive to Reflect Their Cops?

Policing in America: The Power of Something Else