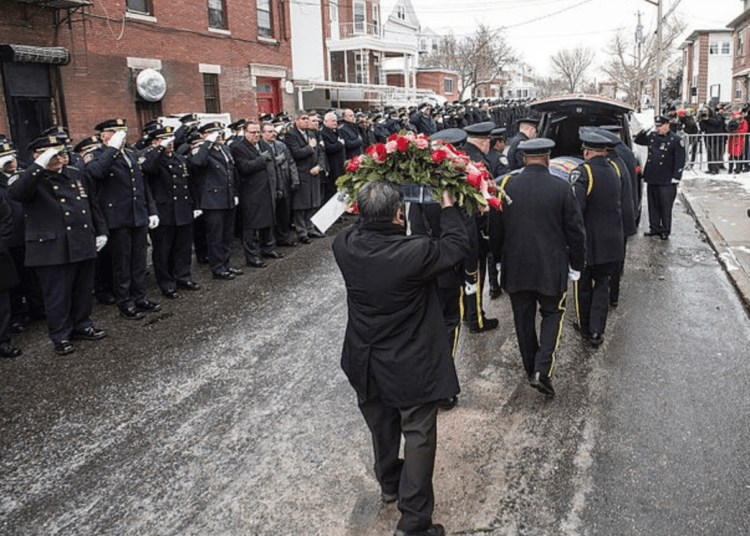 With the onslaught of violence against police officers over the past couple of weeks, I thought it might be a good time to revisit a few issues affecting policing in America today and how the cop-critic media and anti-police politicians are providing aid and comfort to the enemies of law enforcement.

Though the radical leftists and their media allies try to make you believe otherwise, cops are still highly regarded by most Americans. But you wouldn’t know it if you watch the legacy media. Police critics, including the media, with their constant lies, continue to train society not to trust cops—or worse, to despise police officers.

There are even some cop-supporters who, thinking they can “compromise” with the Left, pretend law enforcement needs “reform.” While cops should always strive to improve, police generally do not need to reform. They need to get back to coppin’ the way they were trained to do it.

Any compromising on “reform” gives cop-haters ammunition to use against the police. See, even some cop supporters think police need to reform. It leads to bad guys targeting police because radical, lefty loudmouths in our communities continually cast doubt on cops’ actions, which invites disrespect and even physical attacks on cops.

The minority of people who hate or actively seek to hurt cops are emboldened by anti-police rhetoric, the defund-the-police movement, and anti-cop state laws that diminish police effectiveness and officer safety.

Another issue is it only takes a small number of criminals to wreck a community especially when politicians refuse to let cops enforce laws. I remember one prolific auto prowler who “worked” in my district. I was a rookie with the Seattle Police Department (SPD), and he was the first suspect ever to run from me, and I didn’t even know it at the time.

I was driving through a large park when a man sprinted across the road in front of my car and vanished into the shrubbery. About 15 minutes later, I got a 911 call of a car prowl in the park.

Later, I learned that suspect I’d seen was a repeat car prowler. As I researched him, one statistic stood out. There were some 55 car prowls over one week and only three the next. I’d learned who the suspect was and found that during the week with only three thefts, he was in jail.

So, it doesn’t take many criminals to create a crime surge. That’s why when politicians won’t allow cops to do their jobs it can be so detrimental. Those relatively few criminals grow into many, and crime increases commensurately—as has happened in so many blue cities.

Speaking of blue cities, there’s currently a controversy in cobalt blue Seattle involving crime and the city’s most cop-hating council member the shrill socialist Kshama Sawant. After leading the Defund-the-Police movement, and accusing cleared SPD officers of murder, without irony, she’s complaining she can’t get SPD to investigate someone tossing a bag of poop in her yard or to protect her.

This is ridiculous considering Sawant doesn’t give a crap about people crapping on other city residents’ and business owners’ property.

Actually, my first thought after I heard about the incidents was the cops can’t investigate the “crime” because there are simply too many suspects who would like to toss poop on her lawn—and not just cops.

But seriously (actually, I was kinda being serious), Sawant is not only upset she says there is no investigation, but she also requested a patrol car be assigned to watch her house from 5 p.m. to 10 p.m. daily.

You can’t make this “poop” up.

Which brings up another point. The public is confused because of politicians like Sawant who not only defund the police and refuse to enforce certain crimes against certain people, they also don’t support crime victims defending themselves because the police can’t.

People hear about people like the McCloskey’s in St. Louis, whom the prosecutor charged with crimes for defending themselves and their property against a violent mob. But no one from the Antifa/BLM mob is prosecuted.

People feel helpless because prosecutors let the criminals who prey on them go without charges. This is even seen with the “petty crime” of graffiti. Many cities, like Seattle, will go after homeowners who fail to clean the damage with more zeal than the criminals who actually caused the damage.

Recent attacks on cops have been brutal. There are the multiple cops shot, and some killed, just over the past couple weeks, like those officers ambushed in Bristol, CT. And the man walking behind an NYPD officer who suddenly sucker-punched him in the head repeatedly before running away. Police located and arrested the suspect.

Incidentally, during my research, search engines emphasized my point about the increase in violence against cops when I looked for the above incident. “Punched NYPD officer in head…” returned multiple incidents over the past several years. I finally found a story about that particular incident on PIX 11 News. You can see the YouTube video here.

Rather Than Cops Reflecting Community Demographics, Communities Should Strive to Reflect Their Cops?