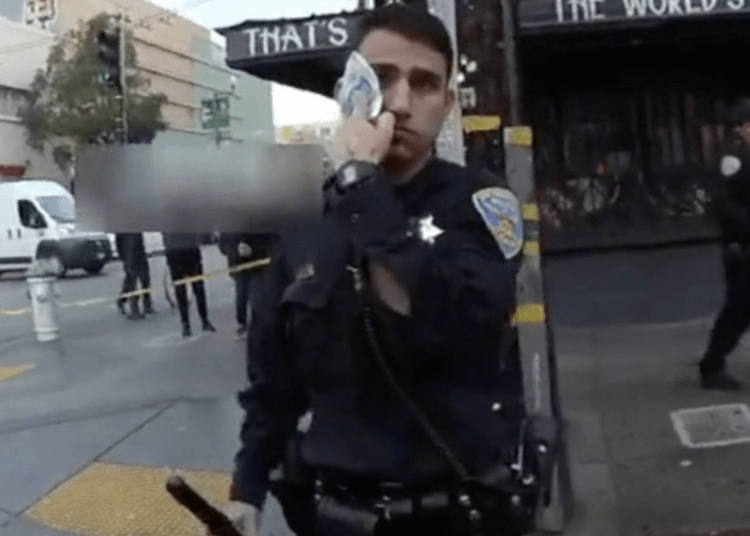 The grand jury determined on Friday that there is probable cause to believe Officer Christopher Flores committed a crime in connection with the Dec. 7, 2019 shooting, according to the wildly left-leaning, Boudin. The jury also returned an indictment against Hampton stemming from the same incident, San Francisco Examiner reported.

Hampton was rising to his knees after being shot by Officer Sterling Hayes when Flores, a rookie officer still undergoing field training, advanced toward him and fired a single shot, according to body-worn camera footage of the shooting released by police, the Examiner reported.

Hampton survived but had his leg amputated after the shooting.

SFPOA released a statement on Monday afternoon in regards to the charges filed, KRON reported.

“Former Public Defender Chesa Boudin’s decision is absolutely appalling. Unprovoked, Jamaica Hampton brutally attacked Officer Christopher Flores, bludgeoning him repeatedly over the head with a Vodka bottle causing severe injuries to Officer Flores’ head.  Mr. Hampton was the aggressor and Officer Flores acted to protect his own life and to protect the public. Boudin’s failure to personally file charges against Mr. Hampton for his vicious attacks on our officers sends a clear message that Boudin has no intention of protecting officers who are victims of violence. Mr. Boudin is communicating to law enforcement officers today that they must choose between protecting their lives or protecting their freedom, but they cannot do both.”