The Agency Hopes The Idea Will Help Retain and Recruit Officers 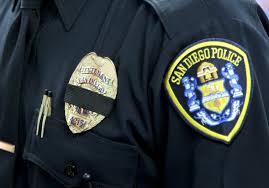 San Diego, California – The San Diego Police Department continues to struggle with retaining officers and attracting new ones. In 2022, the agency says that 20 police officers are leaving the force every month. Replacing them costs the city almost $4 million in onboarding expenses alone.

Lt. Brian Avera is a 16-year veteran of the department, and the director of the San Diego Police Officers Association. He said child care plays a big role in that equation. He said the POA came up with an idea after a troubling phone call: “Our child care project really originated with a phone call with one of our members that needed help with child care and we heard that and we actually wanted to do something about it.”

“Once we started talking about it, we had a lot of officers reach out and ask us for assistance. And that’s really what caused us, as I like to say, [to] put one foot in front of the other through this difficult project and get to where we are four years later,” said Avera.

Where they are four years later is a partnership with Kindercare, to develop a first in the nation program specifically to address child care issues in police officers’ families.

KBPS reports that the day care center will offer special hours allowing for shifts during holidays, emergencies and disasters.

The goal: to attract and retain a talented and diverse police force.

It got unanimous approval from the San Diego City Council for the lease agreement.