One Officer Was Struck With a Bow and Arrow 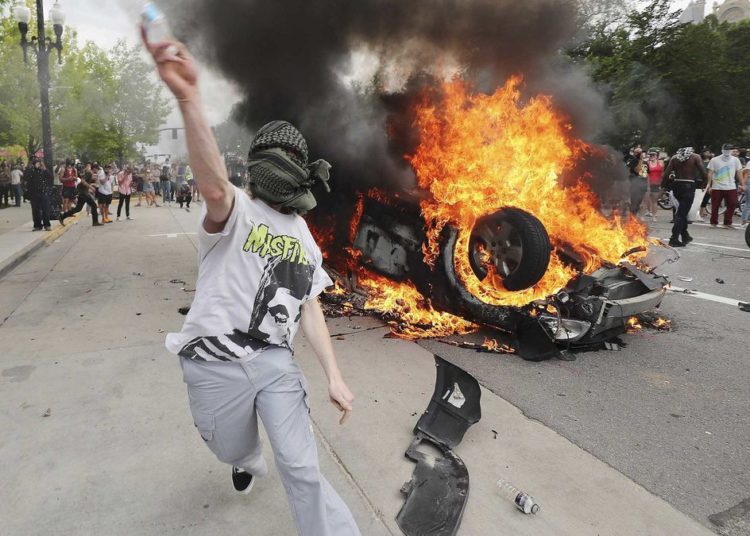 In a Sunday news conference, Salt Lake City Mayor Erin Mendenhall and Police Chief Mike Brown reported that 21 police officers were treated for injuries in the wake of violent riots overnight but it was the Mayor’s request to the rioters that have some scratching their head.

Despite one officers being critically hurt after being hit in the head with a baseball bat and another being struck in the leg with an arrow, Mendenhall requested that people who were at the scene report any incidents of police aggression they may have witnessed.

I want to thank everyone who went home last night. It was the right thing to do and our streets are calm this morning as we assess damage. #utpol #slc #SLCTogether pic.twitter.com/fA1H8MRRqY

“Following yesterday’s events, I’ve asked Chief Brown for a thorough after-action review on our police department’s response to protesters,” the mayor said. “If you were downtown yesterday, and you believe that there were any incidents of inappropriate use of force, we ask that you file a complaint,” said Mendenhall.

The Mayor advised those that rioted that they can file through email or phone, and reports can be anonymous.

“There’s no wrong way to make a complaint,” Mendenhall said.

As reported by KSL, Mendenhall said the city and police department know they can “always do better” to combat injustice and systemic racism.

“We’re committed to doing that work with our community,” she said. “Even before yesterday’s events, we had conversations with community leaders of color to help advise and review on our policies. We want to ensure transparent and equitable policing, and we want that to be an evolving piece of work that is ever-striving to improve.”