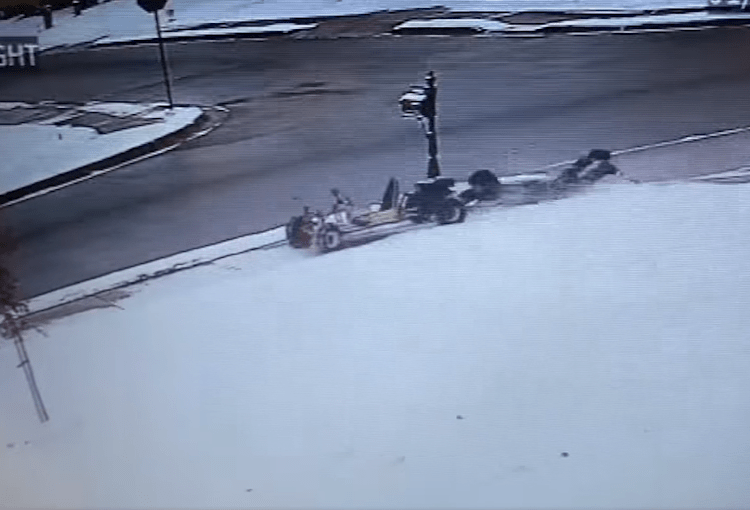 CENTERTON, Arkansas — It may not be the crime of the century or even the minute but the Centerton Police Department went into investigative mode after a driverless, runaway go-kart created mayhem on a quiet, snowy street in Northwest Arkansas. A stalled go-kart came to life, crashed into an Arkansas home’s garage and dragged its driver before they regained control and drove away, and it was all caught on home security video.

Fox 59 reported that the damage caused $1,000 to the garage and led police to ask the public to help identify the bad luck driver.

Enough said….watch the video below:

In the video, it appears the go-kart stalls. The driver, wearing a brown jacket, sits and appears to puzzle over their options before getting out and attempting to restart their ride.

After the sixth attempt on the pull-start, the driverless go-kart springs to life and takes off directly towards a home.

The driver places their hands on their head seemingly in shock and runs after the go-kart.

Another home security camera captures the second the go-kart smashes into the garage door. You see the driver sprint up and pull the go-kart from the garage. 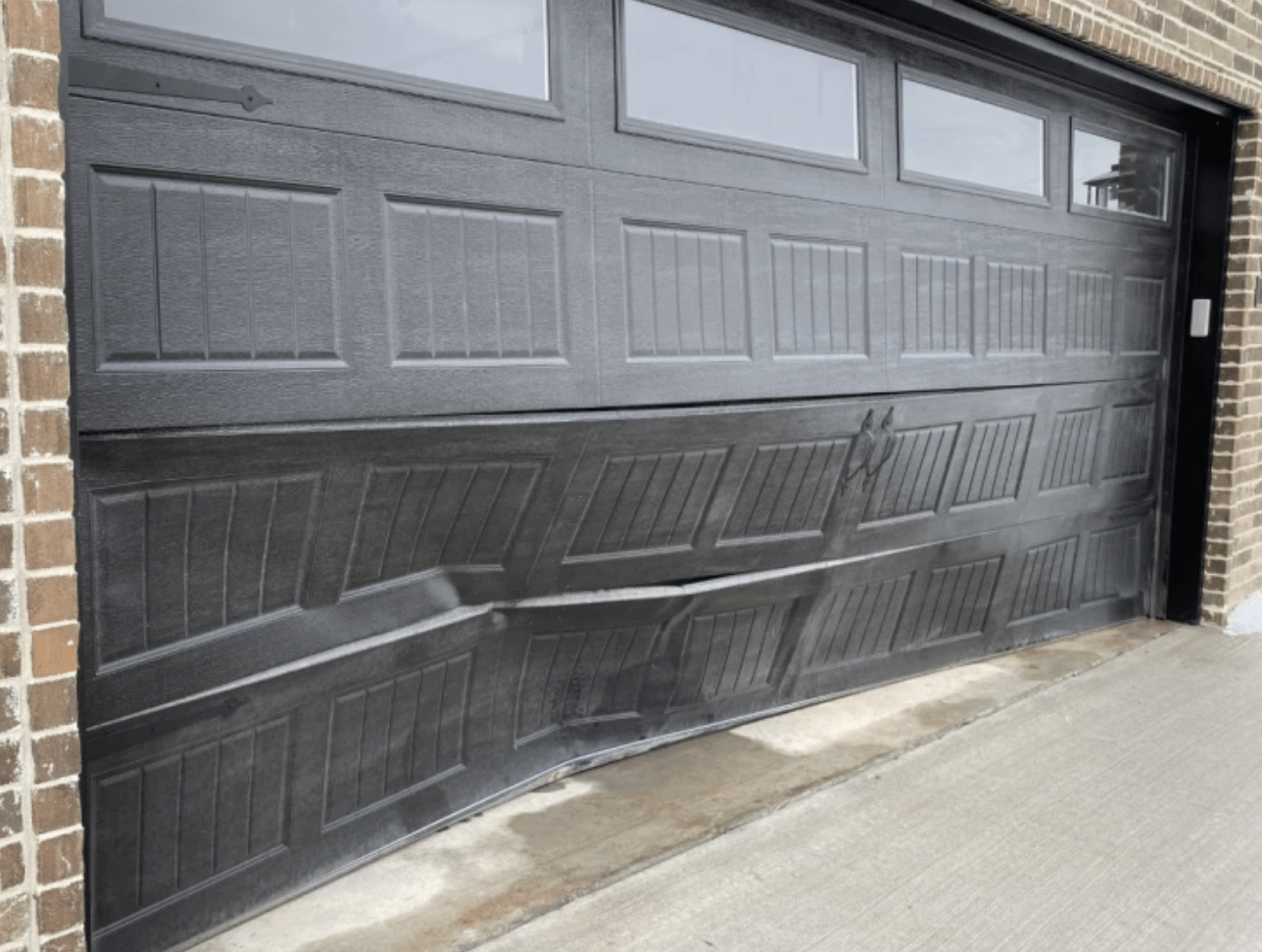 Then, with the kart’s wheels still spinning, it takes off again, this time with the driver hanging on tight.

The police department posted on its Facebook page two videos and photos of the driver and recently announced the puzzled culprit had been caught and will go down in small town folklore forever.

Share and speak up for justice, law & order...
Tags: arkansasCentertongo-kartmust-readrunawaysnow