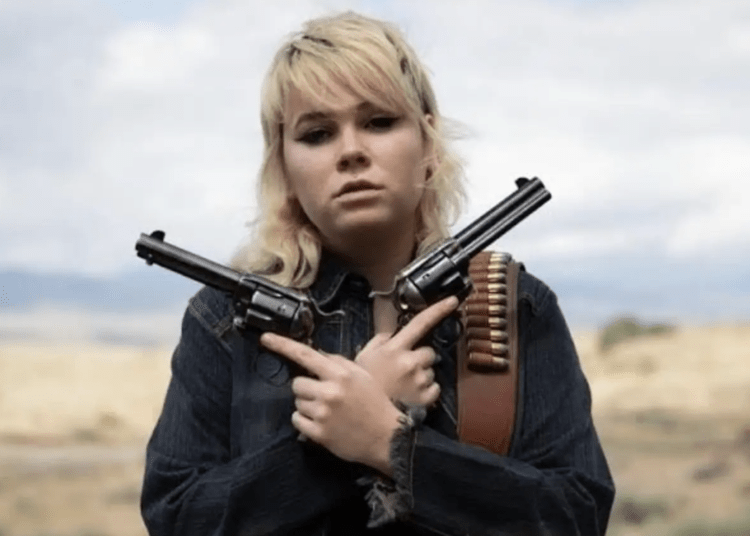 SANTA FE COUNTY, N.M. — The rookie armorer in charge of weapons when Alec Baldwin unintentionally shot and killed his cinematographer Halyna Hutchins has insisted she has “no idea” where the live ammunition came from and is placing the blame for the fatal tragedy on her cost-cutting bosses.

Lawyers for Hannah Gutierrez-Reed said Thursday that the 24-year-old woman “is devastated and completely beside herself over the events that have transpired” on the “Rust” set, New York Post reported.

“Safety is Hannah’s number one priority on set. Ultimately this set would never have been compromised if live ammo were not introduced,” her attorneys, Robert Gorence and Jason Bowles, said in a statement. “Hannah has no idea where the live rounds came from.”

The armorer’s job was only Gutierrez-Reed’s second such gig. She says the staff was lacking and under-trained. Moreover, she claims she was overruled when she tried to improve safety on the New Mexico set before Baldwin discharged a weapon that killed Hutchins, 42, last Thursday.

“Hannah was hired on two positions on this film, which made it extremely difficult to focus on her job as an armorer,” the statement said, without going into her additional responsibilities.

“She fought for training, days to maintain weapons and proper time to prepare for gunfire but ultimately was overruled by production and her department. The whole production set became unsafe due to various factors, including lack of safety meetings,” it said of the movie that days earlier avoided a strike by crew.

Gutierrez-Reed appeared to confirm prior reports that there had already been an “accidental discharge” of a weapon at least twice during filming, insisting she was not responsible for either.

“The first one on this set was the prop master and the second was a stunt man after Hannah informed him his gun was hot with blanks,” the statement said.

Crew members on the Montana set of Cage’s “The Old Way” accused the new armorer of breaking basic safety protocols in August, according to the Wrap.

At one point, Cage walked off set yelling at Gutierrez-Reed after she fired a weapon without warning for the second time in three days, the movie’s key grip, Stu Brumbaugh, told the news outlet.

“Make an announcement, you just blew my f—ing eardrums out!” Cage reportedly hollered before walking off in a rage, Brumbaugh recalled.

“She needs to be let go,” Brumbaugh told the assistant director.

“After the second round, I was pissed off. We were moving too fast. She’s a rookie,” he said, saying that it was only after complaining that he found out it was her first movie in charge of weapons, Law Officer reported.

Brumbaugh detailed a series of complaints that were made about Gutierrez-Reed, outlined in the New York Post. The complaints included her walking onto the set with live rounds or blanks without announcing it to the cast and crew.

She also walked around with pistols tucked under her armpits in a way that they were aiming back at people, Brumbaugh told the Wrap.

Another crew member — who spoke on the condition of anonymity — confirmed the concerns.

Although no criminal charges have yet been filed in the fatal shooting, Santa Fe District Attorney Mary Carmack-Altwies warned this week that “no one has been ruled out at this point … All options are on the table.”

Santa Fe County Sheriff Adan Mendoza also said that the key focus of the investigation is on “how the live rounds ended up on set.”

Authorities collected about 500 rounds as part of the investigation, including blanks, dummy rounds, and live ammunition.