The pup named Buzz Lightyear was only 5-months-old 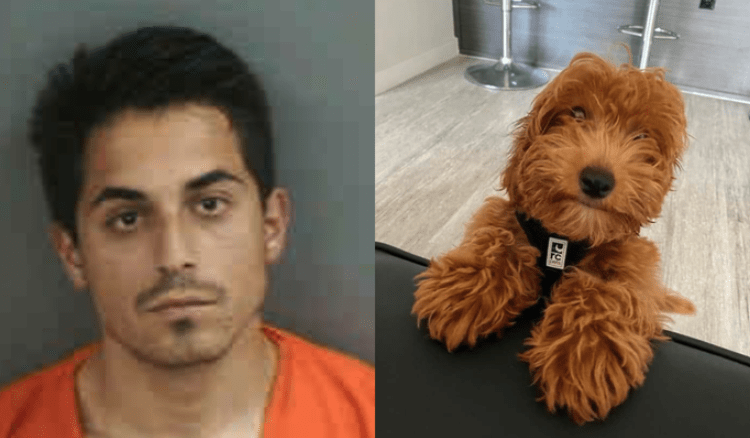 COLLIER COUNTY, Fla. – A man in Florida was taken into custody after he reportedly beat his Goldendoodle dog to death, according to law enforcement authorities.

Sheriff Kevin Rambosk was appalled at the condition of the dog, saying it was a horrific case of abuse, Fox News reported.

“This is one of the worst cases of animal abuse we’ve seen,” Rambosk said. “No animal should ever have to suffer such a death.”

The sheriff’s office launched a criminal investigation Aug. 2 after they were contacted by Collier County Domestic Animal Services about a serious case of abuse involving Buzz Lightyear.

Garon, 23, and his girlfriend took the critically injured pup to an emergency vet clinic on July 29, where the dog later died, authorities said.

“The puppy was wet, disoriented, and unable to breathe normally. The dog was unable to stand or pick its head up. A veterinarian examination revealed possible head trauma, bruising to the right ear and mouth, and muscle damage throughout the body,” the sheriff’s office said.

Authorities said a witness contacted the vet and said they heard Garon beating the puppy on the same day they took it to the clinic.

During the CCSO investigation veterinarian Dr. John Morton performed a necropsy on the puppy at Humane Society Naples. The necropsy report included the following: “This dog’s death was caused by non-accidental, blunt force trauma to the head and body with secondary internal hemorrhage. I believe he suffered significantly from his injuries before death.”

Through the investigation detectives with the Collier County Sheriff’s Office Animal Cruelty Investigations Alliance determined that Garon had inflicted the injuries. Therefore, he was arrested and booked for the crime.