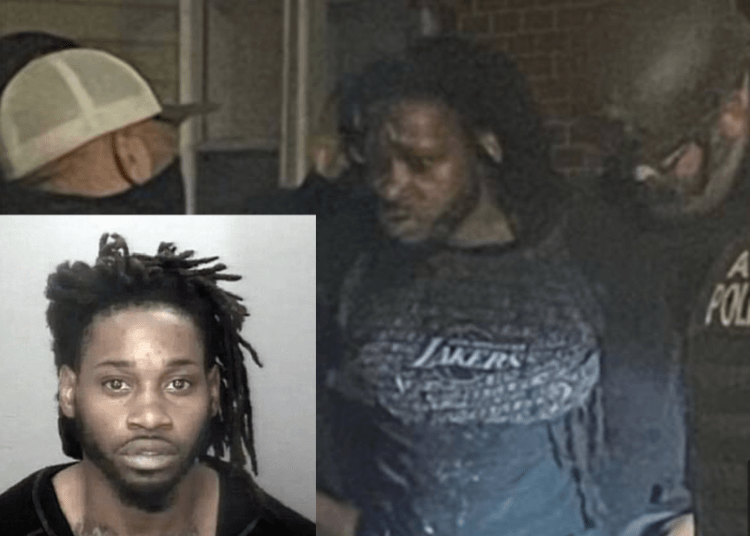 North Carolina – Dejywan Floyd, 29, was arrested on Thursday and charged with first-degree murder of Pennsylvania mother of six, Julie Eberly. Julie and her husband Ryan Eberly were driving down Interstate 95 in North Carolina on their way for a beach vacation when Ryan failed to see Floyd’s car while merging and accidentally cut him off.

Police say Floyd immediately retaliated by firing multiple shots into the passenger side of the couple’s car according to the Daily Mail.

Eberly says that he switched into the right lane to get around a slower driver when he became aware of Floyd’s Malibu driving on the shoulder. He says that Floyd then rolled down his window and gestured to which he responded with an apologetic gesture and returned to the left lane.

According to Eberly, he then noticed the Malibu tailing him before pulling up to the side, rolling down the window and firing into his car.

The passenger window shattered and Julie later died at a hospital.

‘This was an innocent family from Pennsylvania headed to the beach for a vacation. Thankfully they had left their six children at home with grandparents but now these kids have to live with the thought of their mother being murdered … in such a cowardly and senseless way,’ Sheriff Wilkins said.