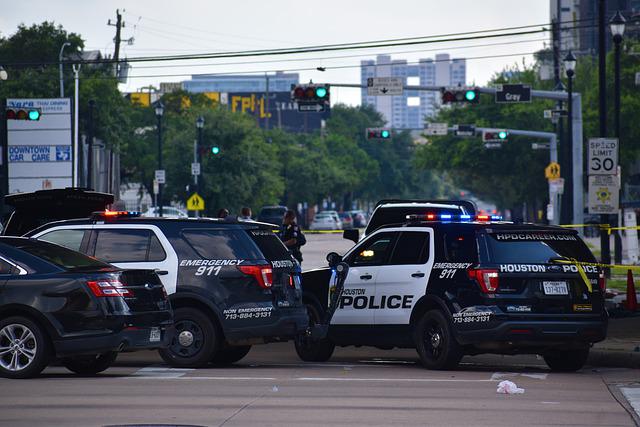 The widespread use of social media, surveillance equipment, and personal home security systems has captured and exposed the drastic increase in index crimes nationwide. These images posted by local and national news media outlets along with multiple social media networks have upper police administration and politicians, on all levels, scrambling for answers both external and internal before the midterm elections. These very concerns have the public demanding accountability, but to which questions are they demanding answers? Why is the crime rate out of control, why do we not see more police officers, and what happened to community policing?

The community is looking for answers by challenging the principles of the due process philosophy of modern policing that seemed to be the contemporary supported consensus over the last decade among community leaders, politicians, corporations, professional athletes, and their organizations all being displayed on social and news media outlets. The due process model focuses on the quality of the arrest which protects the rights of the accused at all times. The very application of this concept can be seen in the campaign to defund the police, bail reform, and raise the age legislation along with politicians refusing to prosecute criminal behavior. This has a direct and indirect correlation with the communities sentiment toward public safety and the law enforcement community.

The public has the right to be questioning the effectiveness of the due process model based on the record reduction of crime from the crime control model in previous decades. The crime control model that primarily concentrates on stopping criminal behavior through the quantity of the arrests over the quality of the arrests focuses on stopping the smaller crimes, therefore, preventing or reducing the more violent crimes. As the public is looking to the law enforcement community for answers as to whether or not upper management is implementing the most effective strategies to combat and reduce crime.

In efforts to address public safety concerns New York City Mayor Eric Adams has recently questioned state law that dates back 50 years allowing police officers to live in the six surrounding counties and wants to impose residency requirements, meaning that all NYPD police officers will be required to live within the five boroughs correlating it to having more of community policing presence (McCarthy, Celona, & Golding, 2022). Other cities have endorsed this same ideology and are now dealing with recruitment issues.

John McNesby, head of the Philadelphia Fraternal Order of Police (FOP), stated that the recently passed residency requirement requires all applicants to have lived in the city for at least a year and has placed additional challenges to recruitment as the Philadelphia police force is down 7 percent. (Young & Sayers, 2021.)

Mayor Adams’ rationale for the residency requirement was that a police officer is never off-duty and is required to take police action in their neighborhoods, and having this requirement would allow off-duty LEOs living within the city limits would stop and reduce crime. (McCarthy, Celona, & Golding, 2022.) Another obstacle to retention and recruitment is that New York City became the first major city to ban qualified immunity which is a legal principle that grants police officers performing discretionary functions protection from civil lawsuits.

The sentiment from rank-and-file within multiple agencies has noticed the lack of passion and love for what most expressed as a life calling, has died. One supervisor stated, “I followed in my father’s footsteps and I will not let my son become a police officer.”

Another officer stated, “The Mayor wants me to get involved off-duty and get jammed up and possibly sued, are you crazy?”  Yet another officer said, “My partner has to go in front of the bias committee for joking around, I didn’t even know we had one.”

The upper police administration’s philosophy may or may not be under reproach for their methodology for fighting crime, but with the historic call for police reform along with reaching a 25-year high in line-of-duty-deaths (LODD), police departments nationwide are now struggling to retain veteran officers and recruit viable candidates. (Balsamini, 2022.)

The correlation between the criminal justice reform and the rise in index crime nationwide coupled with the massive rank-and-file exit has police commissioners, police chiefs, and departments looking for answers internally in hopes of addressing their external public safety concerns.

As mentioned above, criminal justice reform, police reform, changes in leadership philosophy, and line-of-duty-deaths are collectively connected to both entities’ questions and more importantly the answers.

The public’s answer to what happened to community policing with the surge in retirement, resignations, and lack of recruitment may be connected to the public’s sentiment that had been reinforced and amplified by some local, state, and national leaders over the last few years. With membership down, police departments cannot effectively and efficiently combat crime all while having a community presence.

The answer to the upper management question with regards to the issue of massive resignations, retirements, and lack of new recruitment can also be correlated to the rise in index crimes based on criminal justice reform, bail reform, police reform, and low morale from ongoing department scrutiny with a “gotcha” mentality. This has directly and externally affected the mass exit from law enforcement all while placing the public in harm’s way.