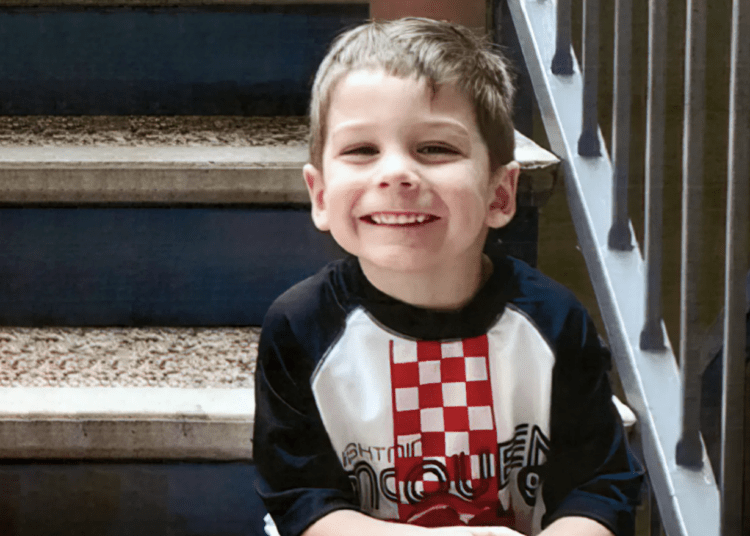 ABINGTON, Mass. — Law enforcement investigators in Massachusetts and New Hampshire on Saturday recovered the remains of a 5-year-old boy who was last seen six months ago, according to authorities.

Plymouth District Attorney Tim Cruz said the remains of Elijah Lewis were located after authorities spent hours searching for the missing New Hampshire boy between Friday evening and Saturday morning once new information was discovered regarding his disappearance.

“This morning, state police, a cadaver dog and special emergency response team members located what is presumed to be Elijah’s body buried in the ground,” Cruz said during a press conference, WMUR reported. “I’m not going to get into the specifics of the crime scene or the manner in which this boy’s body was found at this time.”

The boy’s remains were located in a “wooded area off of Chesnut Street,” Cruz added.

Lewis’ mother, Danielle Denise Dauphinais, 35, and Joseph Stapf, 30, were located and taken into custody by the New York City Transit Authority on Oct. 14, according to the AG’s press statement on Monday. The charges include witness tampering and child endangerment. There was no sign of the boy at the time of their arrest.

The pair allegedly told people they knew to lie about Lewis and where he was living, knowing that child protection services were searching for the boy, Fox reported.

“Elijah was never reported missing to authorities prior to this time,” Formella’s office said.

Furthermore, the AG’s office said in an Oct. 14 press statement that Lewis “was last seen by independent individuals approximately six months ago.”

The investigation is ongoing and charges will likely be modified now that Lewis’ remains have been located.