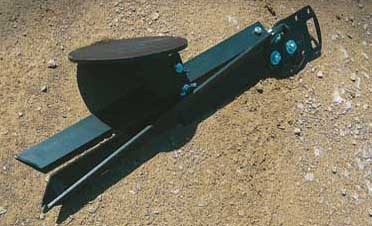 A recurring theme of this column has been ways and means for smaller agencies or individual officers to make their training more realistic. I m convinced no one taking the time to read it really believes a static-line qualification course several times a year is enough to truly prepare for a gunfight. At the same time, if you re reading this magazine, you re probably always looking to improve your individual performance.

Law Officer deliberately offers a diverse editorial content because there's more to police work than guns and training. I think I m safe in saying, however, that every columnist in this magazine would agree that when a gun comes out, it and the training you ve received will prove more valuable than anything else. Your sidearm will (and should) be your least-used piece of equipment. But when you do need it, you will need it badly, so don t neglect it. Training with it one to four times a year will not keep you competent any more than you would master an in-car computer if you only used it a few times a year. However, unlike using your computer or driving a cruiser, you don t practice with your sidearm every day. No, you don t have to be a gun nut to want to be good enough with your gun to save your own life. It s an investment so that at the end of each shift you come home to your loved ones.

If you work for a small agency without a range, you borrow or use an ad-hoc facility. I once taught a course against an earthen berm used to support railroad tracks before a train passed over the bridge. The course host told me, When the train comes, just stop shooting until it passes. In reality, this location worked quite well, and I m told this agency still uses it.

Any place that will safely stop a bullet and not endanger others can make a good training location. I have used dry creek beds, gravel pits and other similar locations with great effectiveness. More often than not, quality training is in the mind of the instructor conducting it or the officer who is practicing. However, a few pieces of superior range gear will make training more realistic and fun, which is OK. If practicing with a sidearm is fun, then you re more likely to do it as often as possible. It s a really good idea to never shoot alone accidents do happen. Go with a friend or fellow officer, and make it an educational and enjoyable experience.

Action Target makes firearms training products spanning complete indoor ranges to shoot houses and pneumatic turning target systems to simple metal stands. I m directing this article toward a small agency or individual officer practicing independently, so I will focus on two new products you can easily transport in the trunk of a car. Both products are built solid and will last a long, long time even if they take direct hits. As you part with your hard-earned money for these items, keep in mind they probably will still work after you retire and are taking your grandkids shooting.

Training on a moving target is essential. While I m not the most knowledgeable person in the world of gunfighting, one thing I feel very comfortable saying is that when the guns come out, few people, if anyone, will stand still including you. Action Target has a low-cost offering that will allow you to train for those moments.

The company s PT Turn Swing Target is easily transported to a range in two pieces. It s an all-steel unit manually operated from behind a firing line via nylon cords. The cords run through a pulley fixed at the side of the target line. The PT Turn Swing is spring-loaded and can be turned or swung/wobbled with the tug on the cord. Multiple stands can be strapped together (as many as six), permitting an instructor to train multiple shooters at a time. This also allows trainers to set up scenarios that require the shooter to engage multiple targets all at once or in a specific order. I like the wobbling/swinging action of these target stands. I feel they provide a very realistic portrayal of how a human will move in combat versus the traditional running man target system. Erratic movement, which the PT Turn Swing Targets are capable of creating due to the spring action, is a valuable training tool.

Two things must be kept in mind when using the PT Turn Swing. First, the stand(s) must be solidly anchored to the ground. Action Target supplies anchoring stakes with each stand, and you must use them. Otherwise, you will pull the targets over as you tug on the operating cords.

Second, the springs will wear out. This will prove very apparent as the targets begin to turn sluggishly or stick in the sideways position. Either order extras when you buy the target stand(s) or purchase some similar springs at a local hardware store. Wrapping short bungee cords around the control arms at the base of the stand along with the springs can also prolong the springs lifespan.

Another useful portable device from Action Target was designed not for law enforcement training, but the sport of cowboy action shooting. The new Evil Roy steel target folds into a 3' package you carry via a briefcase-style handle. Once on the range, the steel target plate unfolds and the tripod legs extend, creating a serious steel practice target. I like steel targets they are fun to shoot at, provide instant feedback and combat that bad habit of lifting your head in an effort to score the holes on a paper target. You can purchase this amazingly stable target with 6-, 8-, 10 or 12-inch diameter circles for less than $100, and they re made from high-quality AR500 steel. Due to the cant to the target strike plate, dangerous bullet splatter is all but eliminated, something Action Target takes into account with every target it builds. (The splatter will never be totally eliminated, so make sure you always have eye protection and a billed cap in place whenever you shoot steel targets. As a matter of fact, it s an excellent idea whenever you shoot!)

Whether a gun nut, new recruit or veteran officer, firearms training is a tool no one can afford to overlook.