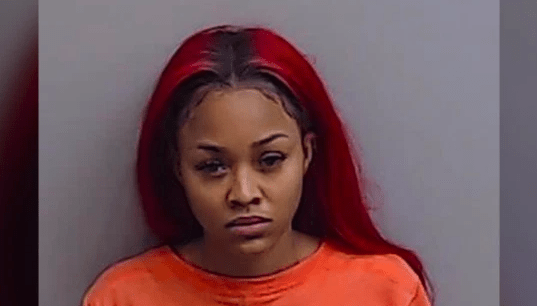 ATLANTA — R&B singer Ann Marie was arrested after her male friend was found with a gunshot wound to his head inside an Atlanta hotel room, according to reports.

Police say they received a call to the InterContinental in Buckhead on December 1, and came upon a grisly scene in a hotel room.

According to the report obtained by TMZ,  Ann Marie was hysterical while a male friend of hers laid on the floor with a bullet wound in the center of his forehead and exit wound out his left temple area.

The “Secret” songstress was dressed in only a bathrobe as her friend Jonathan Wright, 24, was bleeding on the floor, TMZ reported.

Ann Marie reportedly told police that the gun had fallen off a table and discharged, striking Wright.

However, officers found two shell casings and two projectiles with bullet holes discovered in a door jam and a cabinet.

Wright, who was somewhat responsive, was taken to Grady Memorial Hospital in critical condition, CBS 46 reported.

Ann Marie had to be hauled away from the hotel room and asked officers if the victim was OK or dead, according to the news organization. She also told another officer that she and Wright grew up together in Chicago and were visiting Atlanta.

Ann Marie, whose real name is Joann Marie Slater, was arrested and booked for aggravated assault with a deadly weapon and possession of a firearm.