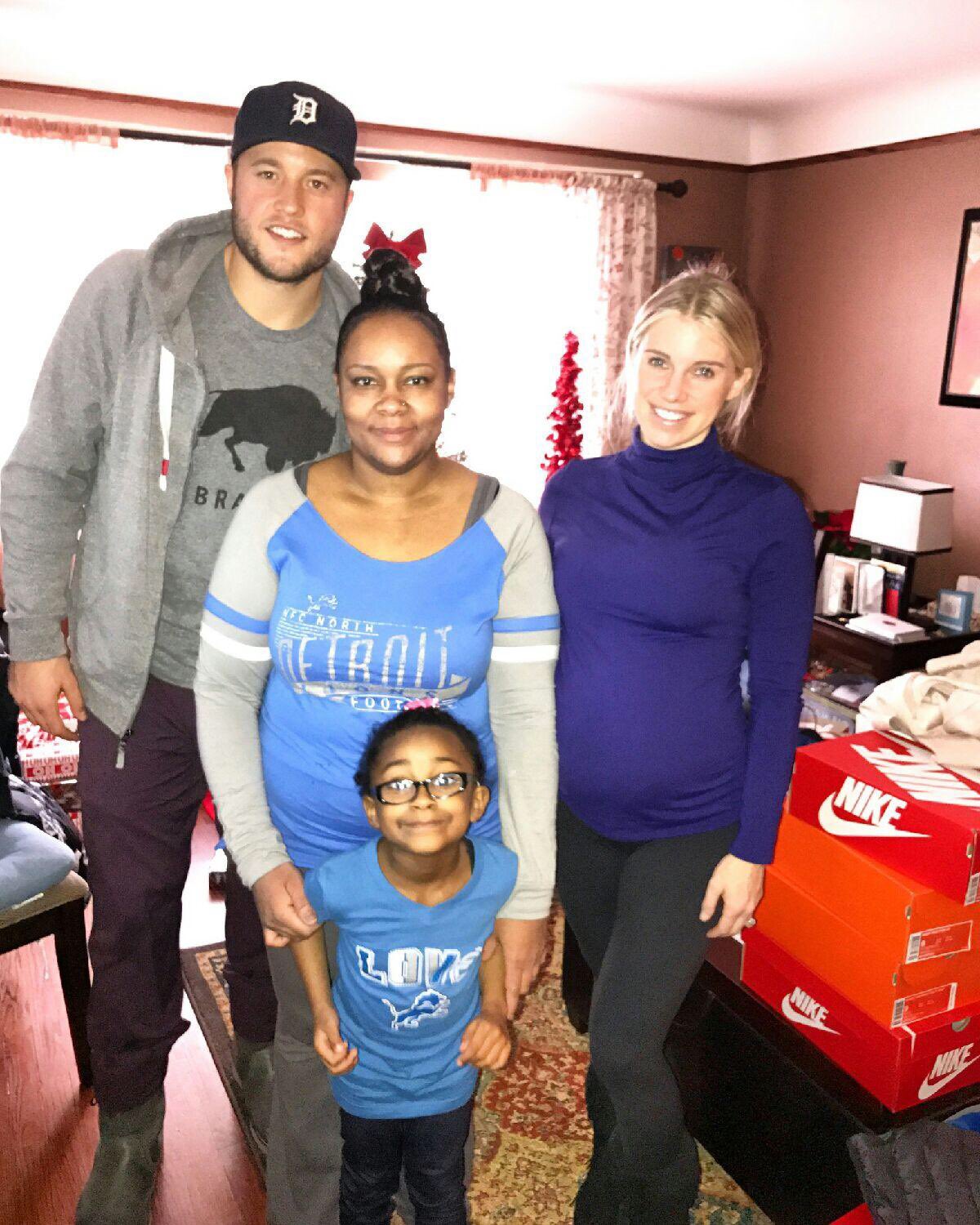 Photo: Matthew Stafford and his wife, with Sacha Jarret and her son; source Twitter

Quarterback Matthew Stafford of the Detroit Lions and his wife adopted the family of slain Detroit Police corporal Myron Jarrett for the holidays, according to a Fox 2 news report.

Corporal Jarrett was killed during a traffic stop by a hit-and-run driver on October 28. And the Detroit Police Department is making sure that Jarret’s widow Sacha and their four kids are looked after, particularly during their first holiday season without Myron.

Stafford and his wife “adopted” the Jarett family for the holidays offering gifts and well-wishes to ease the pain of their loss. Stafford played Santa Claus and brought presents to the Jarret home on Wednesday (the Detroit Lions’ football schedule interfered with Christmas Day gift-giving).

Despite being a well-known football plater, Sacha said, “Matthew Stafford and his wife are so sweet and he’s so down to earth. He’s such a regular guy, I didn’t know. He came to my home, he seemed like he was very comfortable there he communicated with my kids and I just appreciate what they did for my family this Christmas.”

Later that night, Stafford and his wife joined the Jarrets and many members of the Detroit Police for a holiday fundraiser organized by the department’s 12th precinct along with the police academy and recruiting division.

A silent auction and raffles for sports memorabilia were held to raise money for the Jarret family.

The Detroit Police Lieutenant and Sergeant’s Association presented the Jarretts with a plaque in Myron’s honor. Detroit Police Chief James Craig remarked, “This is just an indication of the family that we have in the DPD. Corporal Jarrett was a part of our family and this is also a way of saying that we never forget.”

In response to the support and kindness, Sacha said, “I really want to let them know that I appreciate everything, the outpouring of support for my kids has been overwhelming and I’m just so happy.”