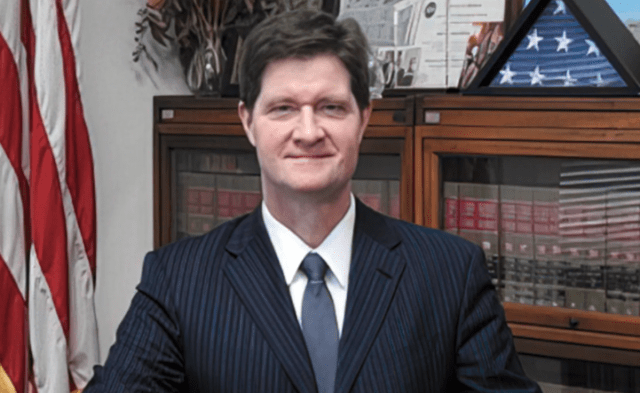 MILWAUKEE — The brutal events at the Christmas parade in Wisconsin – which left five dead, six critical and 48 injured – have prompted questions about how the courts failed to protect the citizens of Waukesha.

Following the massacre, public attention has shifted to the suspect, Darrell Brooks, who plowed his SUV into a crowd gathered for a Christmas parade on Sunday, according to police.

“The state’s bail recommendation in this case was inappropriately low in light of the nature of the recent charges and the pending charges against Mr. Brooks,” Chisholm’s office said in a statement.

Brooks was out on a $1,000 bond after allegedly running over the mother of his child earlier this month. Moreover, the accused killer was given ridiculously low bail not once, but twice this year while having an active sex crime warrant in Nevada, according to Fox News.

Consequently, people have been demanding accountability, which comes at the ballot box. Therefore, the horrific Waukesha tragedy should highlight what you get when vote for a man like this.

Chisholm is a self-described “progressive.” He has championed left-leaning reforms and previously acknowledged that his proposals could result in a person being let go and committing murder, Fox News reported.

“Is there going to be an individual I divert, or I put into treatment program, who’s going to go out and kill somebody?” he reportedly told the Milwaukee Sentinel-Journal in 2007. “You bet. Guaranteed. It’s guaranteed to happen. It does not invalidate the overall approach.”

According to Fox, the news outlet reported in 2013 that his “prediction may now have come true” as a man, Jeremiah Schroeder, was charged with first-degree reckless homicide after leaving custody on a deferred prosecution agreement with Chisholm’s office. Bob Lutz, whose granddaughter had allegedly overdosed on heroin provided by Schroeder, said: “If (Schroeder) would have been in jail the way he should have been, this would not have happened.”

Following Sunday’s parade, it happened in spades. And let’s be clear, Brooks wasn’t released to a “treatment” program. He is a career criminal who was continually allowed to victimize society, a recurring theme with liberal prosecutors in many other jurisdictions as well. i.e. Los Angeles, San Francisco, St. Louis, Chicago, Portland, Philadelphia, and the list goes on…

Chisholm’s office said it would conduct a review of the state’s bail recommendation for Brooks — which it claimed was inconsistent “with the approach of the Milwaukee County District Attorney’s Office toward matters involving violent crime, nor was it consistent with the risk assessment of the defendant prior to setting of bail.”

“This office is currently conducting an internal review of the decision to make the recent bail recommendation in this matter in order to determine the appropriate next steps.”

However, skeptics say this is nothing more than lip service after such a catastrophic — avoidable — tragedy.

“This is the kind of wordy nonsense that is spewed by progressives when their policies prove to be a cataclysmic failure,” said a longtime law enforcement professional observing the situation. “It’s like sneezing and blowing mucus all over yourself. You’ll wipe it off, wash your hands, and go about your business like nothing ever happened. That is what Chisholm is doing.”

“He tried to run over his girlfriend with his car — that’s attempted murder,” she said. “If you’re a danger to society, you should have to work hard to get out.”