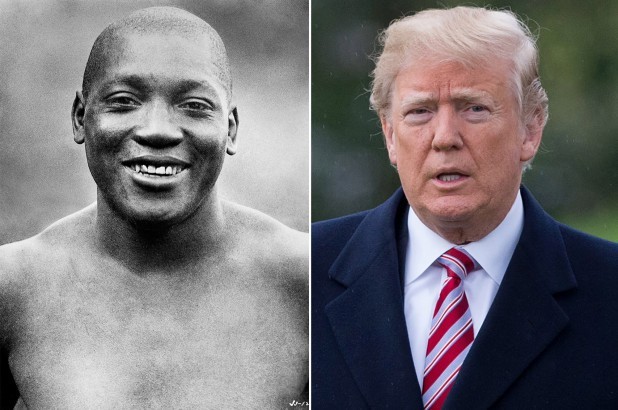 “It’s my honor to do it. It’s about time,” Trump said during an Oval Office ceremony, where he was joined by boxer Lennox Lewis and actor Sylvester Stallone, who has drawn awareness to Johnson’s cause.

Trump said Johnson had served 10 months in prison for what many view as a racially-motivated injustice and described his decision as an effort “to correct a wrong in our history.”

“He represented something that was both very beautiful and very terrible at the same time,” Trump said.

Johnson was convicted in 1913 by an all-white jury for violating the Mann Act, which made it illegal to transport women across state lines for “immoral” purposes, for traveling with his white girlfriend.

Trump had said previously that Stallone had brought Johnson’s story to his attention in a phone call.